Tish has modelled, danced and performed in drag, embracing it as a full-fledged art form in its own right. One warm afternoon, Tish got candid about his story and pursuits with The Citizen in a colourful park at Janakpuri. Here’s a glimpse.

Fascinated with his mother’s clothes and growing up watching the popular Disney show Hannah Montana, Tish always felt a feminine presence nestling in his soul. And then came the puberty years, when he felt that maybe his romantic side lay towards boys. Trying to question and fight this feeling, he even had a puppy love stint with a girlfriend in high school.

Finally, at age 17, when he was confident enough with the truth that he’s gay, he came out of the closet in a subtle manner. National Geographic featured him in a documentary, pride parades embraced him, but at home not a single clue was present. However, word spreads fast and this is what happened.

‘I was obviously anxious about how my family would react. Initially they were taken aback. Surprisingly, it was my grandfather who was super supportive from the start. He felt it’s totally normal for us to have our own sexual identity. My brother however is still homophobic. And when it comes to my eldest sibling, my sister - she was very sceptical at first and thought I needed therapy. Now even she’s fine with it, and we’re so close that I shop for women’s clothes with her.’

Despite the seemingly bottomless judgementalism of Indian society, Tish’s classmates and teachers supported him too.

Everyone has a story behind why they choose an art form, or maybe how the art form chose them. For Tish, drag came to him in an attempt to disguise himself from an ex-boyfriend!

It was the day of the annual Pride Parade in Delhi and Tish knew an old flame might also show up. So, with a wig and some makeup, he tried to change his look in front of him. ‘He still recognised me,’ Tish chuckles, ‘but maybe that was where my journey with drag began.’

He tried experimenting with dressing up as a lady again and started performing frequently in this avatar. Then, on a night that changed his life, he was at the nightclub Kitty Su, which is known for its queer acceptance.

‘I casually walked up to a guy and asked him for a few smokes. What he gave was more than a cigarette; he gave me advice. He was stunned at how I was doing all this at a young age, and felt I needed a bigger platform to present myself.’

The man was Keshav Suri, the hotelier who owns the club and a major petitioner behind the move to drop Section 377 - and a major mentor for the young Tish.

What followed was a complete makeover, Mrs Doubtfire style, and the creation of a new alter ego. His initial drag name Sheba Feroz fell under copyright infringement, as there was a poet sharing that name.

So Tish became Shabnam Bewafa. ‘Shabnam’ can be traced to one of Tish’s teachers who constantly inspired him, while ‘Bewafa’, or Unfaithful in Hindi-Urdu, was something another ex-lover called him once.

He started learning makeup from YouTube tutorials and bought fake breasts in Sarojini Nagar. What followed was a contract with Kitty Su and regular performances at other chains and hotels.

Tish even worked on an origin story for Shabnam. ‘She is a happy go lucky girl who is from southwest Albuquerque. Nah, actually, she’s from anywhere, wherever her husband stays.’

Shabnam-Tish has been hit on by many men in the club, who think he’s an enchanting lady. Wearing a blonde wig, adding curves on his body and waxing (or using the razor) established Shabnam Bewafa’s character firmly in the pantheon of Indian drag. 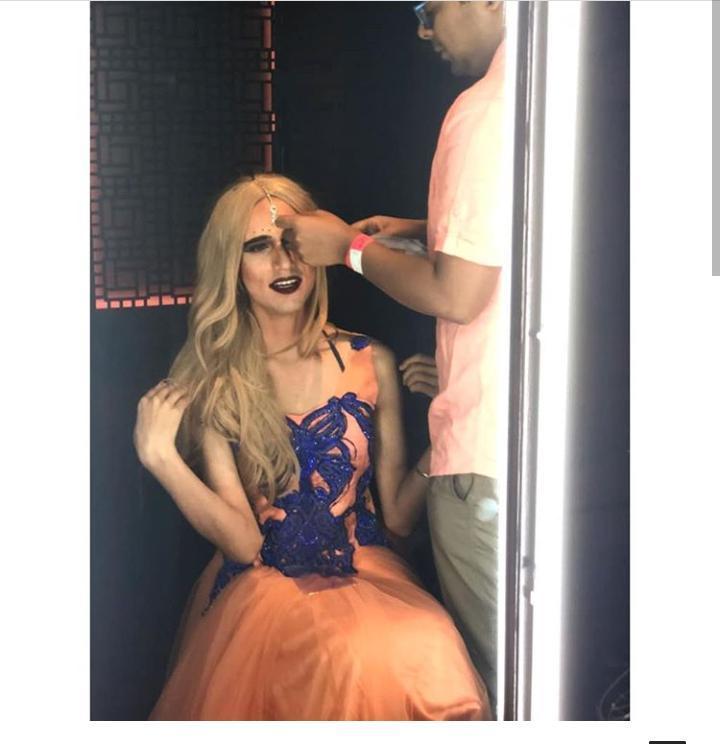 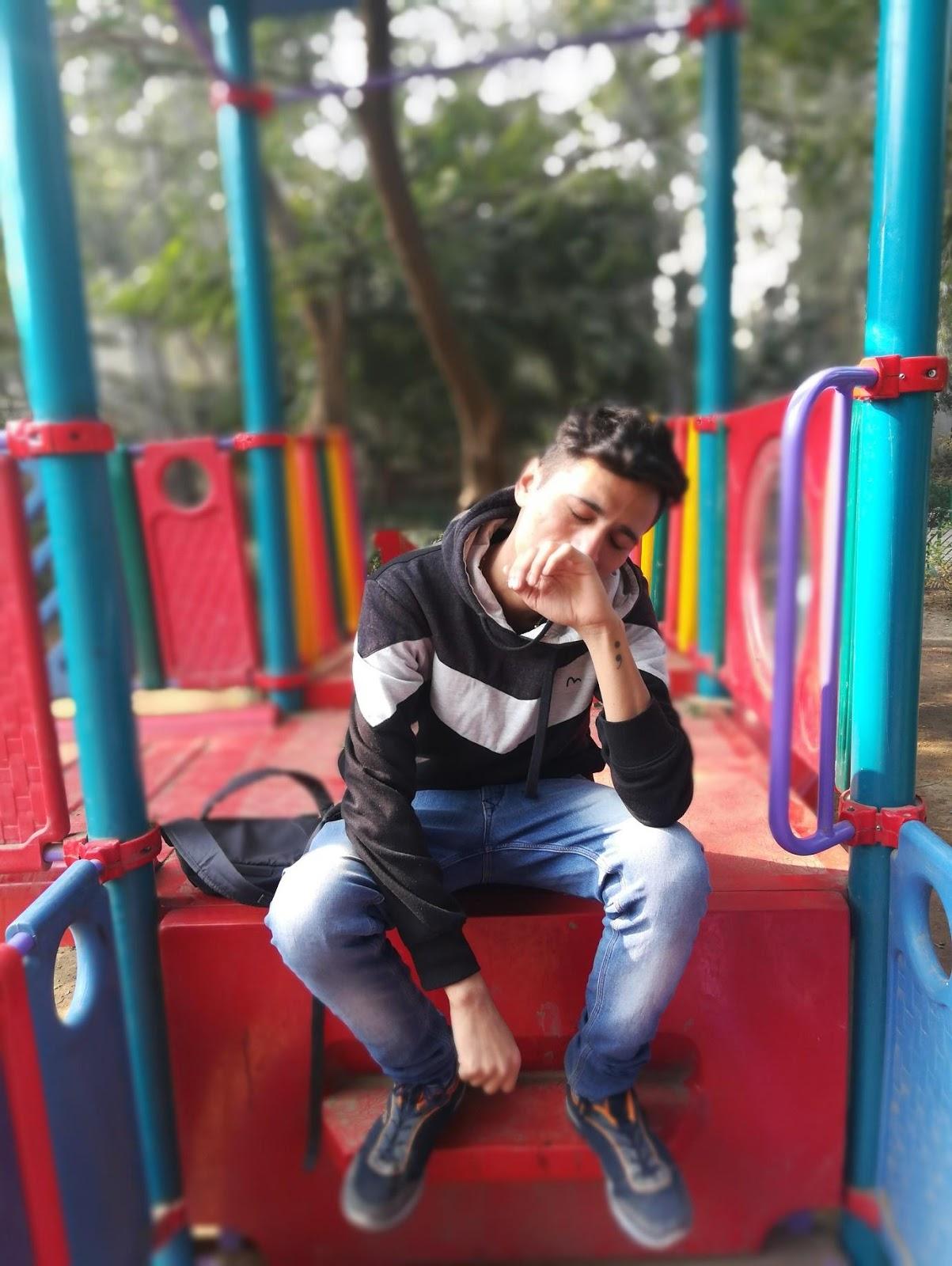 Nitish photographed in the park near the Janakpuri West metro station

Talking about his inspirations, he always cites Hannah Montana. The show starred Miley Cyrus as an ordinary girl with an alter ego as a pop star. Tish isn’t a big fan of the show RuPaul’s Drag Race, a reality series which brought drag to the television mainstream, or of artists like Lady Gaga.

Citing human inspirations, he has always felt at home with Nazariya, a popular queer feminist collective, and Betta Naan Stop, a drag queen whom he considers his ‘drag mother’.

His best friend makes his accessories. The police was supportive in a case once where he was being threatened. Performing with European drag artists also helped him improve his art.

‘Straight people have also thankfully shown their warmth and love. I once performed at the British High Commission and got such a good response from the crowd, even though I might have been the only gay guy in the room,’ he recalled.

‘It doesn’t really matter who you are. It’s just that society needs to be more educated and accepting. We are all unique. And I know this might seem very preachy, they might seem like banawati baatein,’ Tish chuckled, ‘but this is how I talk.’

On the downside, he still feels uncomfortable travelling his neighbourhood’s streets in his female attire. He points out how drag artistes are called prostitutes by some. ‘Even in Kitty Su there are people who show their displeasure through weird looks. But then I look back at them with double the rudeness. And what do I have to be ashamed of? I am of course, more glamorous than them!’

So, from a boy who was afraid of ‘coming out’ Nitish Anand became a self-confident performer. He told us he is just doing his thing and is content with it.

‘People ask me why don’t I get a sex change operation - the question is “Why should I?” I like my male body too. I like keeping a beard as much as I like covering it with layers of concealer. I like my short hair as well as a blonde wig. I have the best of both worlds,’ Tish told us, getting off the slides now and walking to the garden adjoining the park.

He has taken a break from Kitty Su and performs only on request. Apart from that, he is in talks to play the lead in a play where he would act as both a straight-laced male and a drag character.

As he is still an undergraduate student at Delhi University, Tish’s studies are also a priority for him. He bid adieu to us with his views on his alter ego’s future. ‘I am working to bring out Shabnam on a larger scale right now. Still, I don’t know if Shabnam will stay forever. She might change. I might change.

‘But on my final day, I would still love to die in drag…’