Even in this age of aggressive internet, radio and television marketing, it is small town India that excels in coming up with innovative ways and means to ensure its survival of livelihood. During the travels to small places as well some of the bigger ones, this reporter has been a witness to some very catchy slogan and captions used by small town retailers to keep their business going.

A few years ago there was a prominent dhaba in Ambala in Haryana that had proudly put up a huge board with a picture of a rooster and the slogan “Meet me anywhere but eat me here.” A restaurant owner in South Delhi was quite practical in putting up a small board outside his eating joint with the lines,” If you don’t eat here, we both starve.” 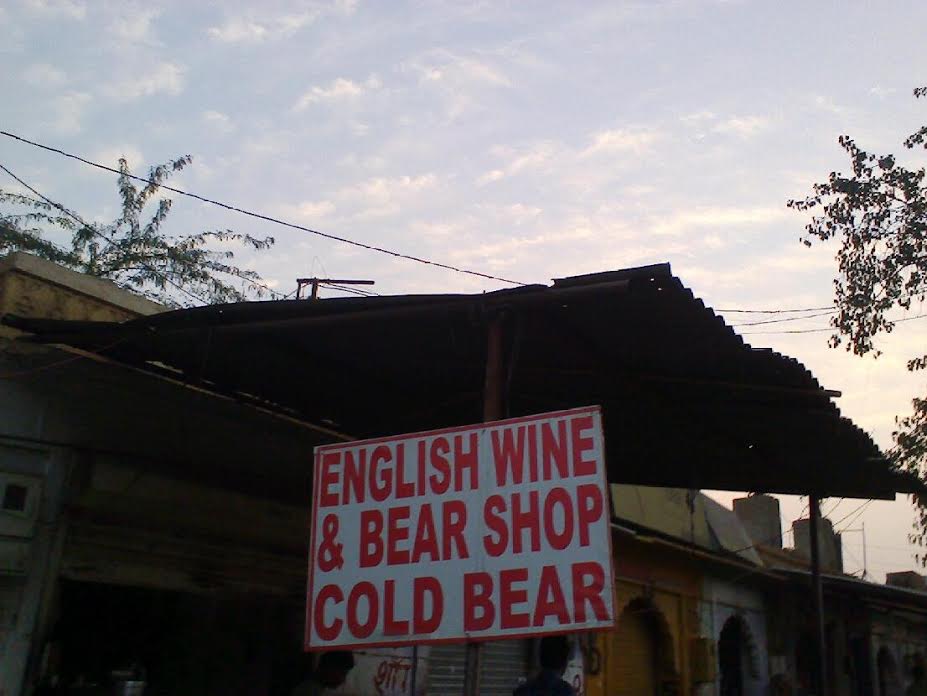 More recently, this reporter could not help exchanging a couple of words with a roadside Muslim Biryani vendor near the clock tower in Jodhpur in Rajasthan when he came across his cart. Proudly written on a flexi board put on his cart with the words ,” Allh ka karam hai, Biryani garam hai {By Allah’s grace, the Biryani is steaming hot and ready to be served.”

Travelling across the states where English is very rarely heard in public parlance, one is often caught by hoardings and boards where a wrongly spelt world brings and immediate smile on the traveler’s face. At several places in Uttarakhand, one comes across liquor vends announcing “Child (instead of chilled) beer sold here.” One is bound to stop and wonder because Uttarakhand is a state where the popular saying is “Surya ast, Pahar mast (As the sun sets, the hills get intoxicated).” 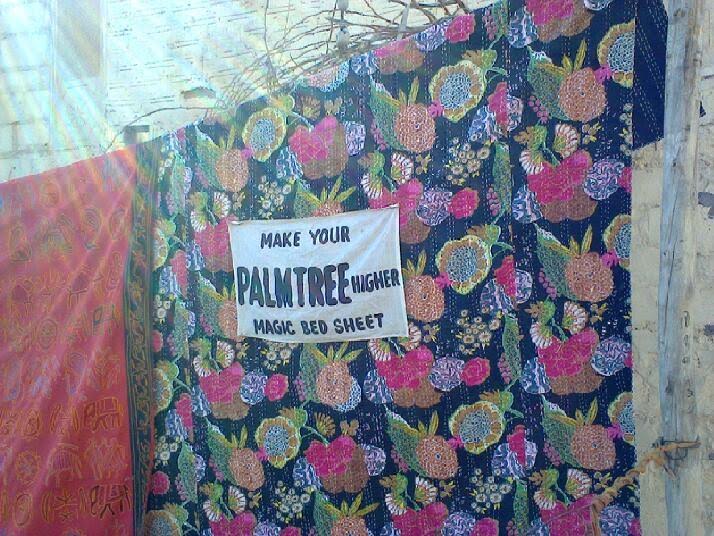 When it comes to beer, a liquor vend in Jaisalmer had gone a step ahead when it had put up a board saying “English Wine and Bear Shop”. On his visit to this city of Sonar Killa (Golden Fort), this reporter came across several examples of out of the world marketing gimmicks. It also spelt that in the rat race to do better, the sellers have no qualms regarding the techniques adopted by them. There were several stall on way to the fort that sold bed sheets with crazy captions. While there was one saying that the single bed sheet was meant for a person having “One wife” there was another bed sheet carrying a tag that those sleeping on it had no need for consuming Viagra (pictures attached). One could not help wondering what the sellers were trying to suggest. 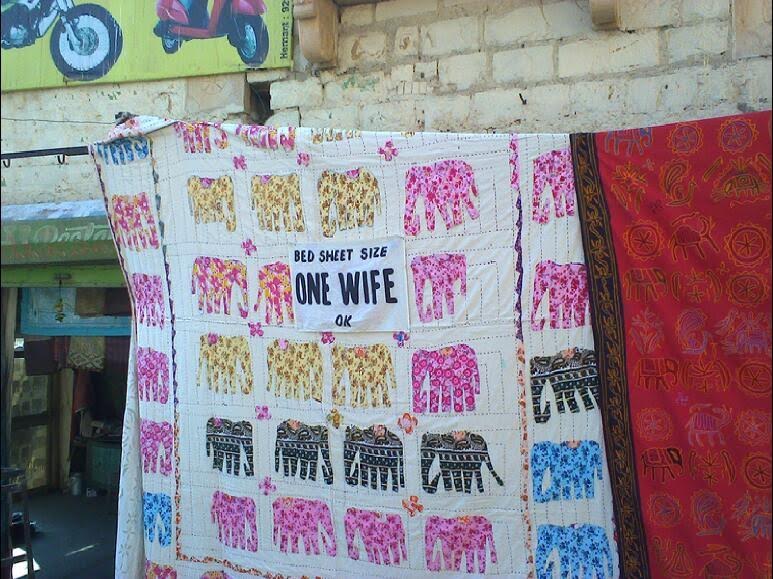 Then of course there was a restaurant outside the fort marketing it self for having a “Bloody Good View”. There are several roof top restaurants in the Jaisalmer Fort which is among the very few live forts in Indian tourist circuit today where people continue to reside inside over the last several generations. 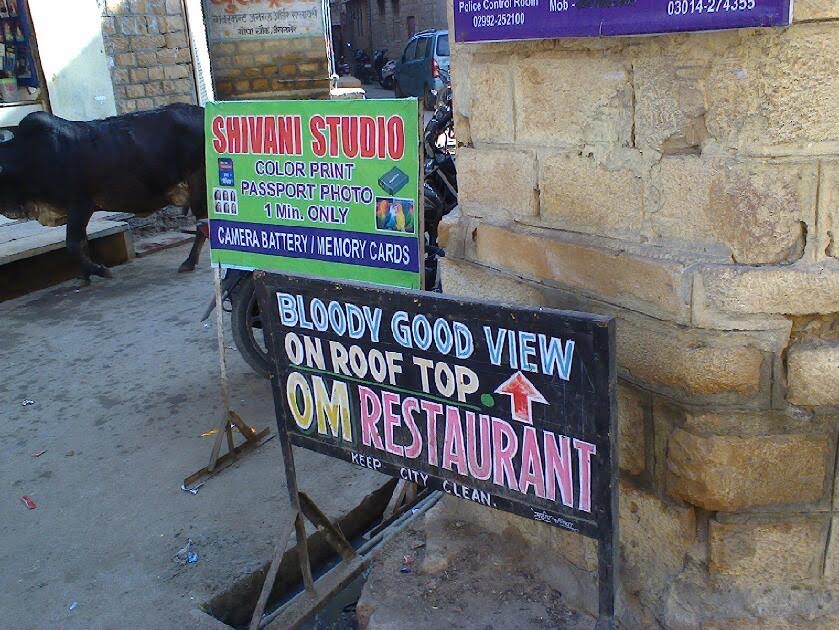 But it is Gujarat where the phenomenon is prevalent on a very large scale. In its prime city of Ahmedabad, one can come across eating joints bearing the name ‘Facebook Restaurant’ and roadside eateries named ‘Twitter Samosa Center’. There are ‘Mafia Readymade Garments’ outlets and one cannot forget the storm created by a local resident when he had decided to open an apparel shop named ‘Hitler’.