Discovering India is a small but select section in the on-going 2018 MAMI festival being held across Mumbai. The section looks at films on India which have a strong foreign component, such as either the director, producer or editor being from abroad. The four films here include one documentary – Lovesick, made by US-based women directors, Priya Giri Desai and Ann S Kim, Namdev Bhau, directed by Ukraine director, Dar Gai, also a woman, and produced by Dheer Momaya, both based in Mumbai, Chippa, directed by Safdar Rahman and produced by his Belgium wife, Celine Loop, and Rajma Chawal directed by Leena Yadav in which the well-known Los Angeles-based Thom Noble is the editor. Noble, who won the Oscar for the exceptional film ‘Witness’ is also on MAMI’s International Competition jury.

The only documentary among MAMI’s Discovery section, Lovesick is a gentle, moving film that questions the harm and damage that health stigmas can propel. The issue in this case is contracting HIV, something that is never spoken about, much less divulged by the person who has it. The two women directors of the film, Priya Giri Desai and Ann S Kim, are both based in Boston, USA. They chanced upon a small newspaper cutting about a health clinic in India that organised marriages between males and females who had contracted HIV/Aids. This was enough to arouse the creative buzz in their minds to examine this enterprising initiative further. They embarked on their research, found out the exact location of the clinic, and then made their way to India. This was some eight years ago. Yes, it has taken that exacting length of time to understand, investigate and research the story the two intrepid filmmakers wanted to tell the world through their film. With that, they collected some 250 hours of filmed material. The final film is now 74 minutes. 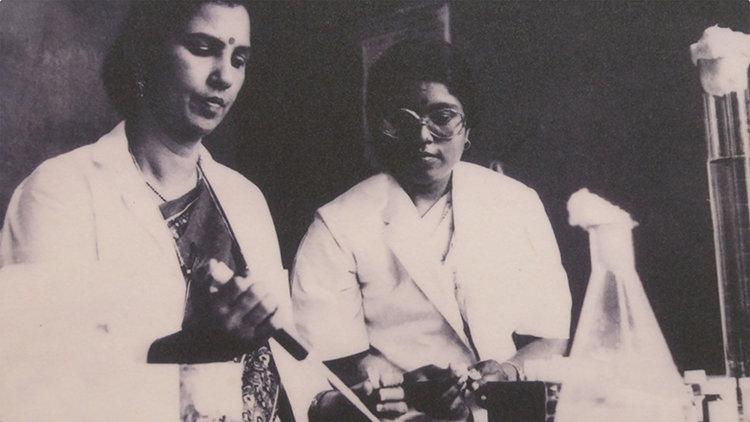 In 1986, Dr Solomon discovers India's first case of HIV in Chennai, India, which would later prove to be one of the hardest hit areas of the epidemic.

Lovesick premiered at DOC NYC 2017 and went on to win the audience award for best documentary at the 2018 Indian Film Festival of Los Angeles, which is led by its energetic and creative director, Christina Marouda. I saw the film at this festival and then met the two directors there. I felt then that this film must be seen in India. And with that, it came to MAMI and is now getting an excellent response from the audiences coming to see it.

The film centers around one energetic, talkative, almost contrary woman, Dr Solomon. She is seen talking twenty to the dozen at her clinic, talking to her patients, laughing out aloud at every opportunity, bustling here and there with an inbred energy and concern for the human race. She is the one who on treating HIV patients, thought up the brilliant initiative of matchmaking among them to see that they had love and companionship in a kindred togetherness. The scheme worked wonderfully. Sadly, Dr Solomon died suddenly of cancer in 2015. But her mission, invested in her clinic, continues under the leadership of her son, also a busy, highly regarded doctor who commutes between Chennai and Baltimore. 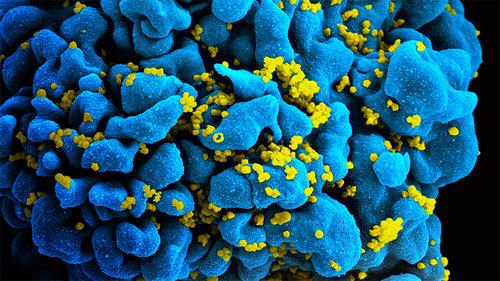 Lovesick sees one real-life couple who undertook to get married under Dr Solomon’s inspiring endevour. They attended MAMI as spokespersons for the film. They are now candid and comfortable about themselves, their health issues and their being together – a perfect example of what hope and courage can do to conquer inhibitions. At MAMI their interactions with audiences made it clear that accepting life and being candid about whatever issues they faced has helped them enormously. Dr Sunil Solomon came to Mumbai for a day to attend the film’s first screening. He spoke eloquently about how there should be no stigmas attached to life. He said any disease today, if only it was caught early enough, is treatable and can be kept in check by taking a tablet or two every day. It is holding the disease back, keeping it under wraps out of despair or prejudice, thereby delaying the process of treatment and cure, that gives room to the disease to grow.

Lovesick is a film that needs to be seen widely in community groups, colleges, health institutions and the like, so that its clarion call of candour and hope can reach people and help them talk about their health and other issues candidly.