Muslim Women Icons of the 20thC: No Burqas Please Only Education

Pathbreakers: The Twentieth Century Muslim Women of India featured 21 women who broke barriers and became partners with men in building the post Independence nation. The colloquium and exhibition held on 28 May 2018 created a new ‘first’ for hundreds of people who walked past the 7X2.5 ft banners which lined the walls of IHC Convention Centre Foyer.

It was a project of Muslim Women’s Forum and UN Women which was born as an idea to break the stereotyping of Muslim Women as ‘victims’ of their own religion. Muslim women who in popular perception are beleaguered by Triple Talaq, multiple marriage, burqa, chulha, chador, chardeevari, halala. As if this was the one and only issue to the exclusion of all human development issues highlighted by the Sachar Committee Report.

The women featured in Pathbreakers, without exception, removed the burqa on the eve of Independence and became architects of raising India from the blood, gore and rubble of Partition. They wrote, they argued, they healed, they restored; women like Anis Kidwai whose husband was killed by marauders in 1947, like Fathema Ismail whose daughter’s polio led her to become a messiah for polio victims, like Saleha Abid Husain who spoke fearlessly against triple talaq, dowry, multiple marriages and 18 more who built a new India. 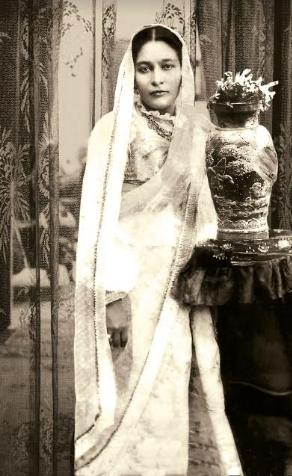 Many people who walked around the gallery wanted to know what made me dream of this project? It was a small incident; but small incidents lead to big outcomes. I am the custodian of my mother’s library. Her Urdu collection which I had got bound in red covers 40 years ago, lines a few of my bookshelves. One day while I was browsing through the shelves, a volume almost jumped into my hands. Its first few pages were missing so while I knew it was a novel I did not know its name. First six pages of the Foreword were also missing. But it was signed at the end by Maulvi Abdul Haq, the most respected name in Urdu, who had written glowing praises of the author.

The book was Anvari Begum written by Tyeba Khadive Jung and published posthumously. She died in 1921; the book may have been written in the second decade of the 20th Century. It was a novel set in Hyderabad in early 1900’s showing the changing mores of Indian Muslim society as it opened up to Western and Colonial influences. I also learnt that she had presided over Annual Women’s Conferences Brahmo Samaj held in Hyderabad.

As if that was not enough to raise my pulse but another gem made my heart soar. Neatly embedded into the novel was an Urdu verse translation of an English poem, which was compulsory reading in school literature course for people of my generation; Thomas Gray’s ‘Elegy in a country churchyard’. There it was a beautiful verse translation of this immortal elegy in Tyeba Begum’s novel. Let me quote four lines each of the original and translation. 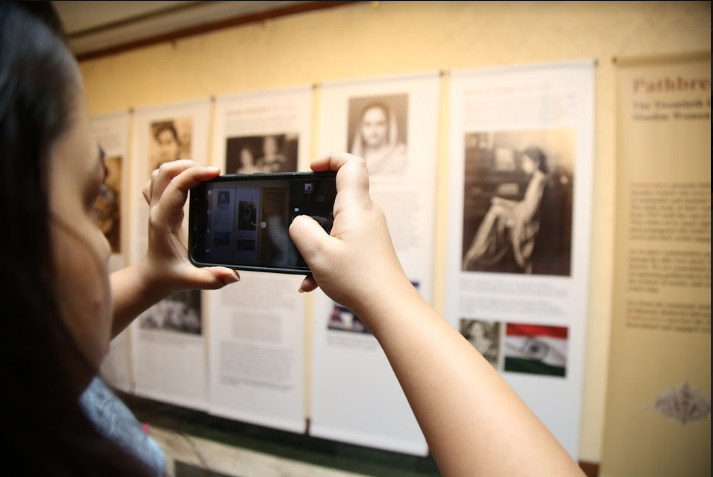 The curfew tolls the knell of parting day,
The lowing herd wind slowly o’er the lea
The ploughman homeward plods his weary way,
And leaves the world to darkness and to me

Thus began the research for many such hidden treasures. It was like discovering a new land. Hundreds of Muslim women became contenders for being part of this project. Who to take and who to leave was the toughest call. Without exception they were in public life either through their work, their activism or their writing.

None wore Burqa; they were all believing and practising Muslims and insisted that there was nothing in the Quran called Purdah or Burqa. The dress code of Islam was modesty, and it applied equally to men and women. My own mother, though she is not featured here, removed her burqa in 1947. 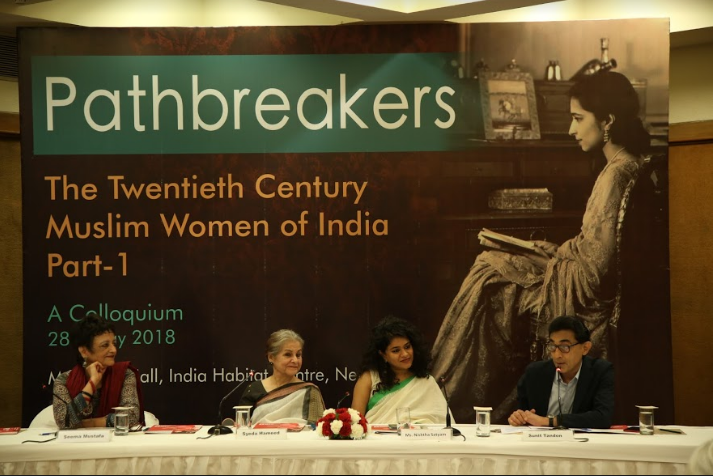 This would be Phase One of the project which if properly resourced would yield rich dividends pertaining to her composite culture which makes India unique. Sharifa Hamid Ali represented India at the UN Commission on Status of Women. Qudsia Aizaz Rasul wrote a book From Purdah to Parliament. Qudsia Zaidi started the first professional theatre in post Independence India. The list of their achievements is long.

We at MWF decided to bring them out of oblivion and display them before people of India so that they seep into their mindscape and disrupt the comfort of stereotyping Muslim women as faceless mass of burqa clad hordes doing the bidding of Maulana's at public rallies or queuing up at polling booths. The women we featured were rescuing refugees fleeing from newly created Pakistan, they were educating generations of girls in the best liberal tradition of Islam, they were cleaning the kuchi bastis around Mumbai.

When another era dawns and history writing is eventually restored, MWF will be there to see the day when these women and hundreds of their cohorts will get their due recognition. The Colloquium and Exhibition held from 26 - 28 May 2018 was a small step towards that. 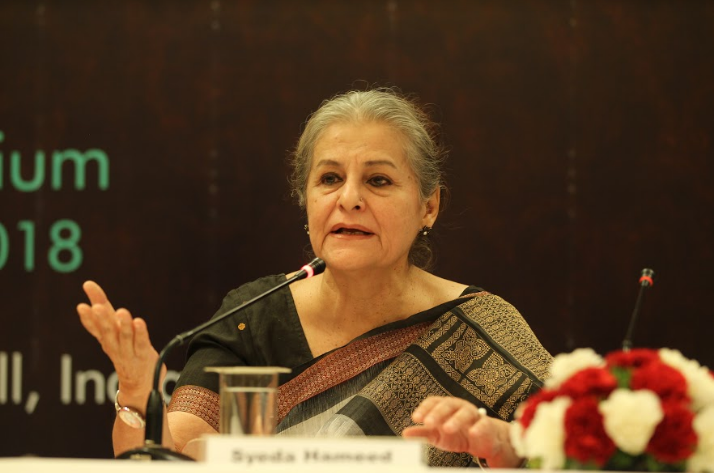