CANNES: This year in Cannes, notable films from vastly different countries and cultures strike similar chords. Whether from Spain, USA, UK , Russia, China or elsewhere, many themes revolve around families falling apart because they have lost their moorings or their sanity, and so cannot cope with life as they see it or deal with each other.

While their degenerating mind-set also reflects the society and politics they live in, this is something viewers have to work out according to their personal equation and judgement. The films in Cannes show characters who are spirited, strong and self-aware. They deliberately shape and manipulate their own destinies and chart out their demands even if they know they are heading towards their own downfall.

The difference here is that the protagonists are not helpless, voiceless victims that Indian films tend to project. Unlike India, the demonic father-mother-sibling dysfunction is looked at with a sense of the comic or a laconic chuckle which brings some levity into their desperation. Nor does their suffering and dilemma, stem from poverty, deprivation or servility. Interestingly, the victims in the current Cannes crop of films range mostly from the powerful and wealthy to a comfortably off middle-class.

Five years after winning the Palme d’Or in Cannes and an Academy Award for his masterpiece ‘Amour’ (a harrowing study on old age), Austrian maestro Michael Haneke has his new feature ‘Happy End’ in competition. 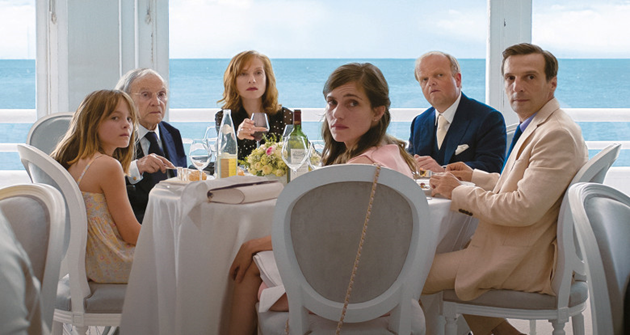 The title is a cynical rebuff of our self-seeking avaricious times. It unfold the lives and goals of the wealthy Laurent clan living in Calais, France. Slowly, and mystifyingly at times, stage by stage, the film conveys the venom and subterfuge each member indulges in. The disillusioned and dour 84-year-old family patriarch is Georges Trintignant, who early on had killed his own wife and now yearns for death himself. He is distanced from his two children, the cold, iron-faced real-estate developer Anne (Isabel Huppert) and out-of-synch, twice-married doctor Thomas (Mathieu Kassowitz). Into this den of distortion, another off-spring, a young girl arrives, staring at her future with questioning eyes, and quietly assists the old man in his attempt at drowning himself. This is a chilling, terrible picture of how wealth and status are killers that eat into a family. 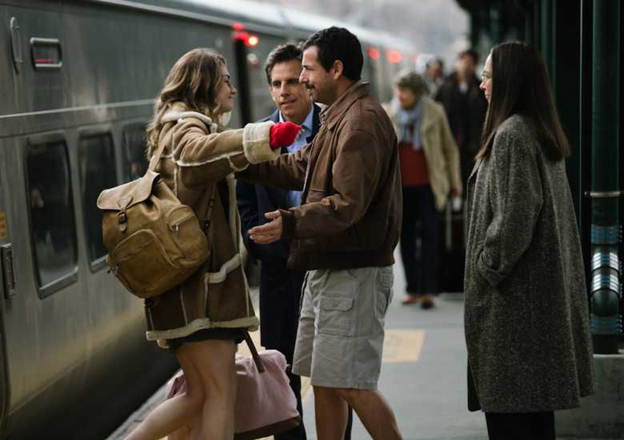 From the US, Noah Baumbach’s ‘The Meyerowitz Stories’ attacks its own family dissection with more concern and hope. The film is about a pompous, self-centered artist (Dustin Hoffman) who believes he has not been accorded the respect and fame he deserves. All his life he has vented his resentment on his two sons who then grow up to be messed up adults. One is a rich and successful businessman living in New York. The other is a failed pianist and songwriter who the father cannot help despising. The artist’s sudden health setback brings the family together, specially the two brothers, who, battle out their resentments towards each other. After a bitter fist fight on the lawns of a hospital, they come to terms with their unbridled hostility towards each other. 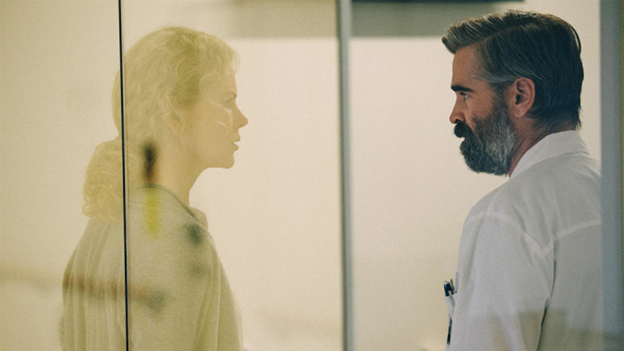 Celebrated director Yorgos Lanthimos from Greece presents ‘The Killing of a Sacred Deer’, an unsettling, horrific allegory about exacting justice through persistent psychosomatic suggestion – call it witchcraft if you will. The title comes from the Greek myth of Iphigenia. After accidentally killing a sacred deer, Agamemnon is forced to choose between sacrificing his daughter Iphigenia to the gods, or halt the invasion of Troy. The allegory is projected into modern times through a sophisticated family of four who appear to have achieved all the trappings one could wish for. The father is a celebrated heart surgeon, whose operation on a man fails and leads to his death on the operating table. His son, Martin, insidiously worms his way into the surgeon’s life and family. We realise he wants justice: a life for a life. He sees to it that the surgeon kills one of his two children to compensate for his father’s death. The film works as a darkly comic horror film, keeping viewers guessing even as it gets increasingly grotesque and absurd. 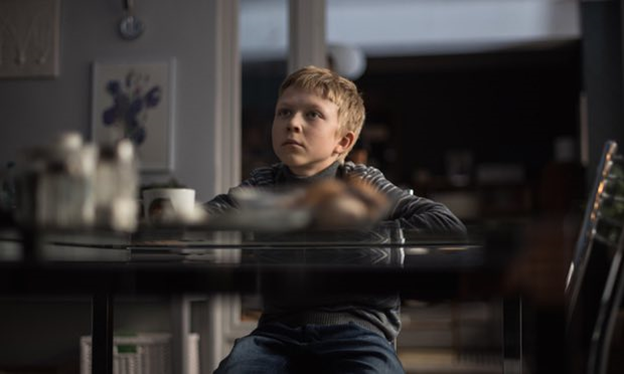 Andrey Zvyagintsev’s ‘Loveless’ is the most affecting in this festival so far. It is the searing and saddening story, set in Russia, of a young boy, the son of a totally mismatched married couple who fight and abuse each other morning to night, incessantly. They each have their lover on the side and have agreed to divorce. But neither wants to be responsible for a son they did not bargain for and for whom they have no feelings whatsoever. The boy cries perpetually when alone. He disappears suddenly and the parents are then forced to be together to try to find him. His loss makes them realise the loveless monsters they have become.

The world, it would seem, is getting closer to India when it comes to film content. The general opinion about why Indian films are not making it to major festivals or evoking the global applause of some fifty years back is because they are laden with deep-rooted class and caste inequity that foreign audiences find difficult to grasp or relate to. Somehow, that very audience find Japanese and Chinese cinema effective and moving but our films generally stay outside their realm of emotional experience or assimilation.