The Citizen speaks to protesters

NEW DELHI (with inputs from DHAKA): “Our lives are at risk,” says a student involved in the current protests that have gripped Bangladesh, appealing for anonymity. “Students who are protesting and also those who are trying to help by sharing news on social media and asking other people for help are all at risk,” she adds. “Please do not mention my name,” she says, once again.

For more than a week, Bangladesh has been gripped by mass protests, as students take to the streets to demand road safety after two teenagers were run over by a speeding bus in the capital city of Dhaka. “As the days progressed, students from all over Bangladesh came out and joined the protest. The movement was for safe roads and justice for the two killed, and the protest was peaceful. It was non-violent. Out of the blue, police responded with violence, hitting student protesters and using tear gas. That’s how they chose to respond to the demand for safe roads and justice,” said another student from Dhaka.

The student, also requesting anonymity, said that after the accident, students from schools and colleges across Dhaka came out on the streets, stopping traffic and checking licences and vehicle permits. “For the first time since the independence of Bangladesh, traffic was following a system,” he said. “The students were catching unlicensed drivers and handing them over to the police. They made an emergency lane for the ambulances and other important vehicles which is a first in the history of Bangladesh. Doing so, they were indicating the inefficiency and neglect of the police and government.”

“All of a sudden, without any warning -- the students were attacked. As they demanded safe roads and justice, they were attacked by goons carrying rifles and weapons. They wounded many students and harassed many girls. The media was not broadcasting the news. Most came to know about it through a YouTube channel which was present on that spot.”

“We the students of Bangladesh badly need your help,” he added, reiterating yet again, “please don’t mention my name; Bangladesh is very unsafe for those who are related with this movement.”

Protesters say that in addition to being attacked by security forces who used batons and tear gas, the movement turned violent when pro-government students attacked groups of peaceful protesters. "To scare the students, to get them off the streets, the government has deployed Chhatra League and Awami League party workers," a student protester told The Citizen.

“On Saturday August 4, the movement took another turn,” said another protester. “Reports along with photos and videos flooded social media of students who had been shot at, hacked at with machetes, beaten with sticks, hammers and other objects.” “The Chhatra League, that is the student body of the ruling Awami League party, along with armed goons and with the corroboration of the police had attacked protesting students in the Zigatola area of Dhaka.”

“Students from universities around the Zigatola-Dhanmondi area were also reportedly assaulted during these raids by the Chhatra League, their goons and the police. Local clinics and medical facilities have been overrun with injured students since the attacks started. There have also been reports of the Popular Clinic, a medical treatment center close to the center of the attacks refusing emergency treatment to the children. The clinic is known to be backed by ruling party members and affiliates. Local journalists have also been attacked and their cameras and equipment seized and destroyed. Live broadcasts have been forced to be shut down by perpetrators of the attacks.”

Another protester told The Citizen that "journalists have been seriously injured by paid goons of the government," referring to the Chhatra League. "They have been arrested arbitrarily for reporting on the violence."

Journalists in Bangladesh have spoken openly about the attacks, abuse and harassment they have faced while covering the incident. The Daily Star’s Sushmita S Preetha says she was harassed by members of the Chhatra League, who groped and verbally abused her after surrounding her and forcing her to delete footage of the protests. Her colleague Shaer Reaz, also with The Daily Star, was taking photos of the clashes, when a man assaulted him with a stick—before handing him over to the police. AP photojournalist AM Ahad was beaten badly, reportedly by Chhatra League workers.

Most frighteningly, photographer Shahidul Alam was picked up by police from his home following an interview with Al Jazeera where he outlined the factors underlying the students’ protest, saying that while the immediate cause may have been road safety, its larger context was dissatisfaction with the government. "He has been brought to our office early this morning [Monday]. We are interrogating him for giving false information to different media and for provocative comments," police official Moshiur Rahman was quoted as saying. "And he could not give proper answers. He admitted that these are his personal opinion." Alam was charged under section 57 of Information and Communications Technology Act for spreading propaganda against the government, and remanded to police custody. Videos purporting to show Alam being taken to court after the arrest showed him limping, leading many to believe that Alam had been beaten and tortured.

Given the government crackdown on those speaking out, it’s understandable that students and protesters are scared. “Of course we’re scared,” said another student. “But this is not just about the two teenagers who were killed anymore. This is about a larger movement for justice.”

"No one is helping us," said a student protester, when asked about the opposition's role given the violence.

At the time of writing, the situation remains tense. “It’s gotten even worse,” said another protester. “On 6th August, the 9th straight day of protests, the situation got worse. Police forces surrounded University campuses in different parts of the city. Starting from East West University (EWU) campus in the Aftab Nagar, North South University (NSU) and Independent University Bangladesh (IUB) in Bashundhara, BRAC University in Mohakhali, Ahsanullah University of Science and Technology (AUST), have all come under attack from the police and goons armed with sticks. From eye witness reports and from videos shared on social media, it was clear that a group of goons attacked the EWU campus before the police started firing rubber bullets on the students and detained them inside. The police continued to fire tear gas shells even when the students were on campus grounds. Meanwhile, students had gathered in front of the Bashundhara Residential Area gate to protest, when they were met with aggression from the police. Again the police fired tear shells and rubber bullets on the students and detained them inside the campus, where more tear shells were lobbed. Many students were seriously injured during this conflict with the police. The police are trying to bring the situation under control by any means and are currently trying to restrict student movements.”

Another protester sent a live video taken from a balcony in Dhaka's Bashundhara, where gun shots can clearly be heard on the streets below. "The government has deployed civil police in all universities," a student protester told The Citizen.

There have been independent allegations of rape of student protesters at the hands of security forces and the Chhatra League, as well as allegations of murder. These remain unconfirmed at the time of writing.

“Our country is in a very critical situation, but the government is trying to project that all is fine. They are trying to make it seem like the reports of violence are just rumours. It’s a very dangerous situation,” said a young female protester.

The Bangladesh government has denied charges of excessive force. Asaduzzaman Khan, Bangladesh’s minister for home affairs, put the blame on opposition parties, accusing them of infiltrating the protests and “trying to create a violent situation.”

The Citizen received several photos and videos from Dhaka, a few of which are below. None of them have been independently verified:


Attack on East West University by the people of leading party


Wounded and in hospital, reportedly attacked by ruling party 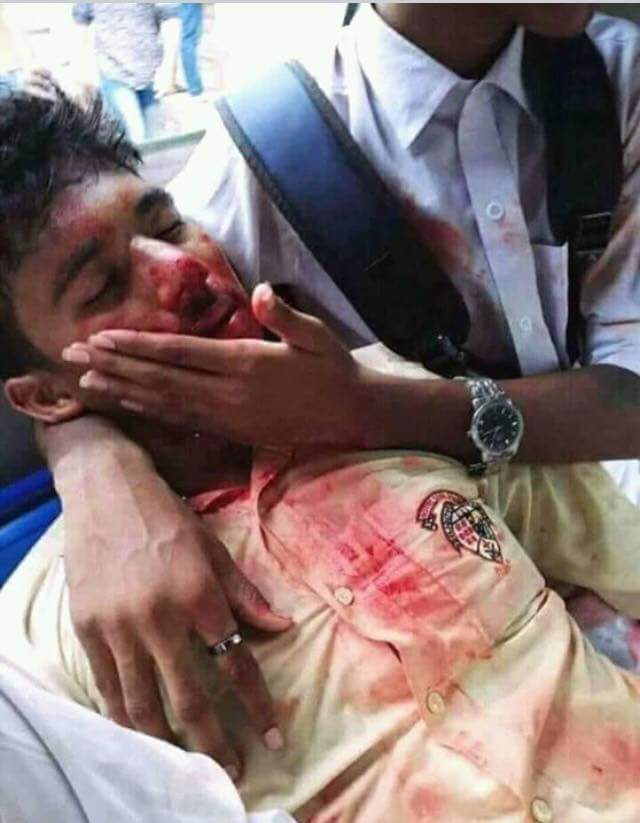 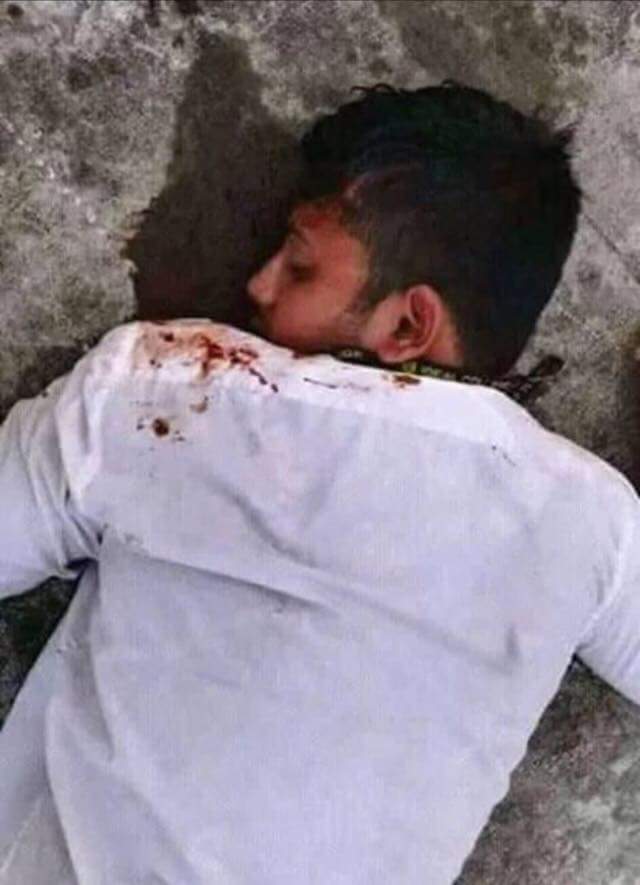 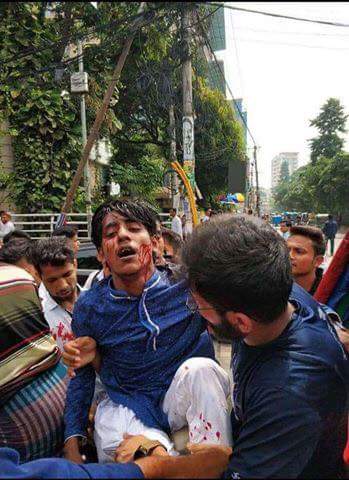 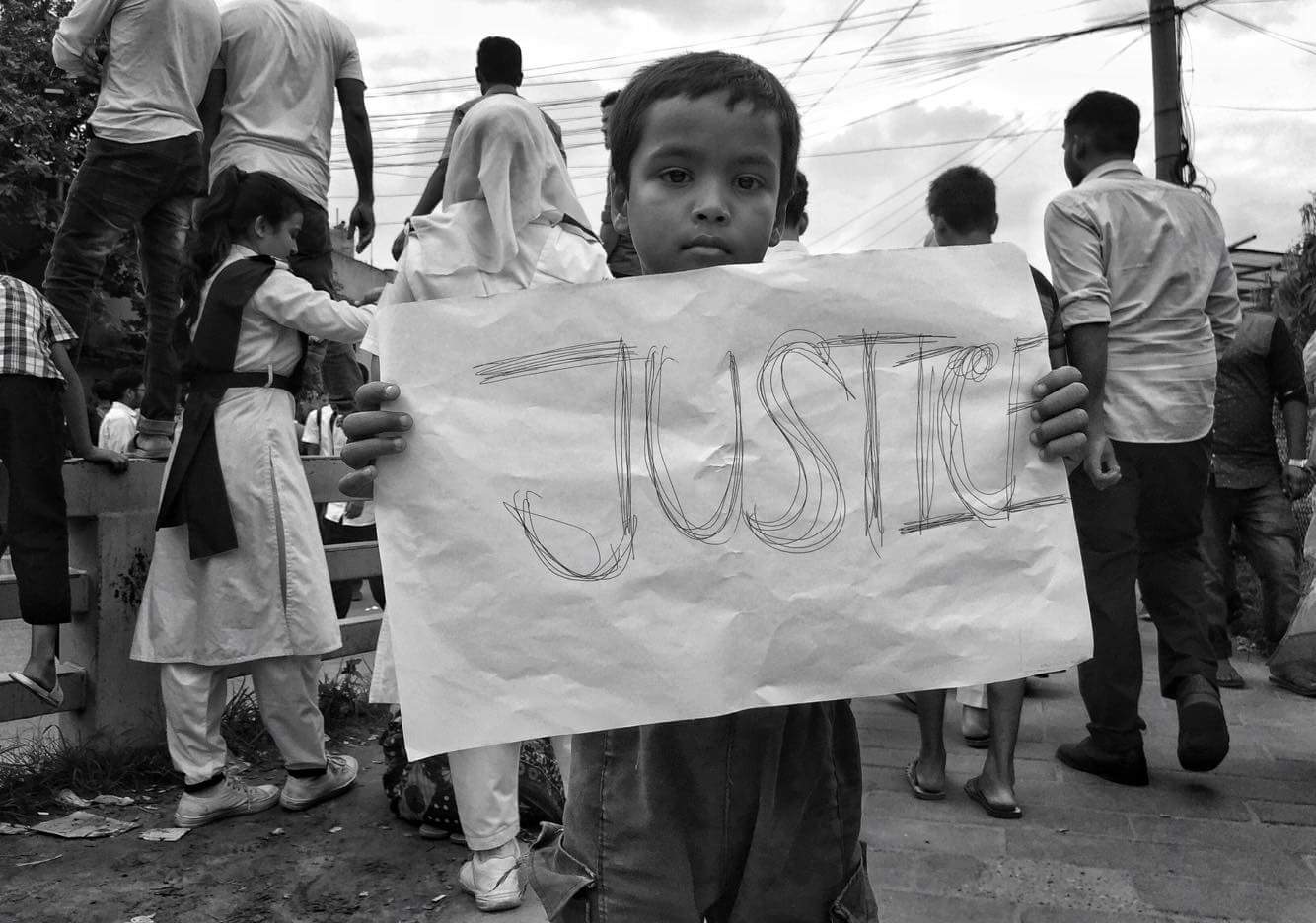 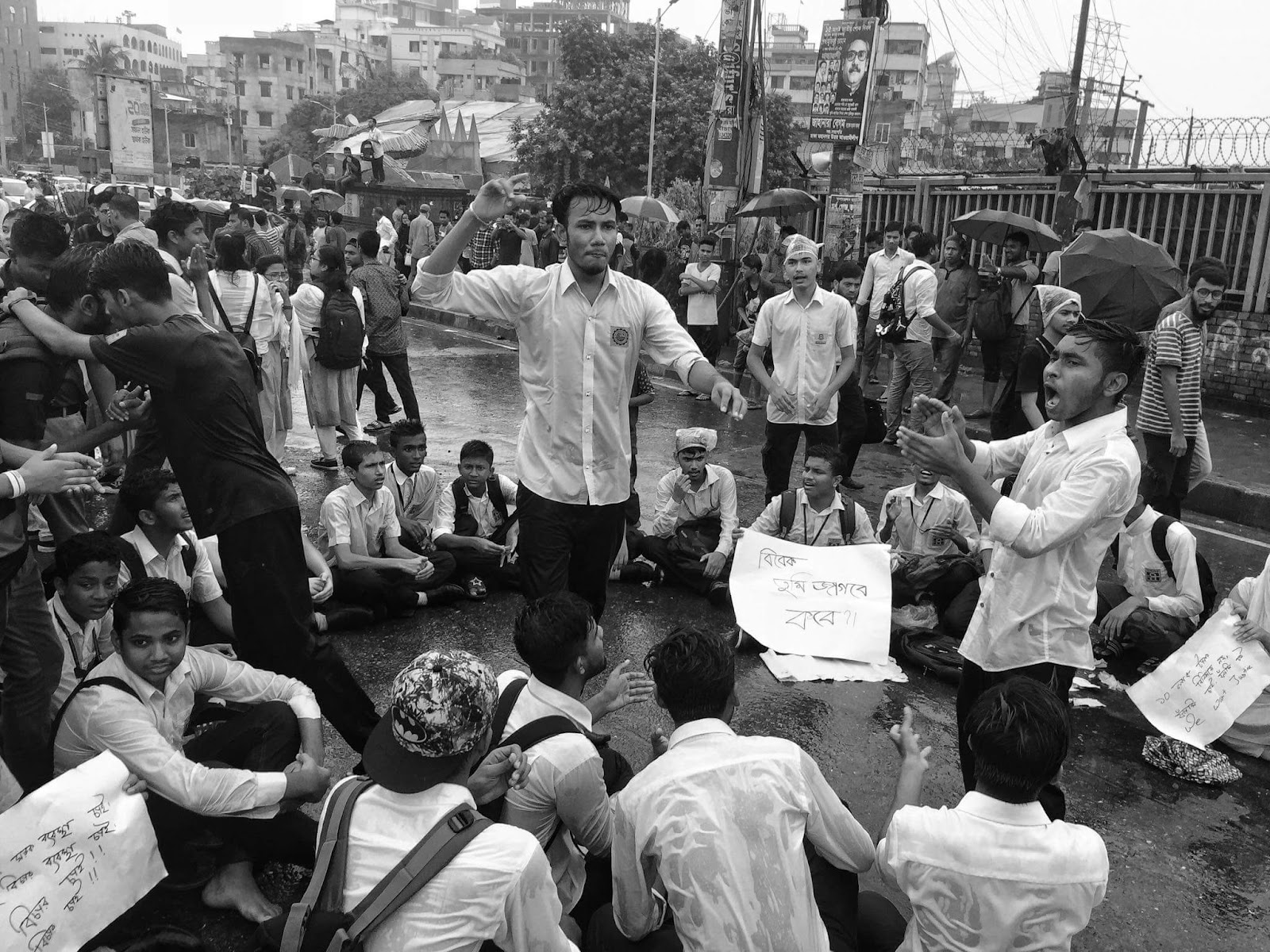 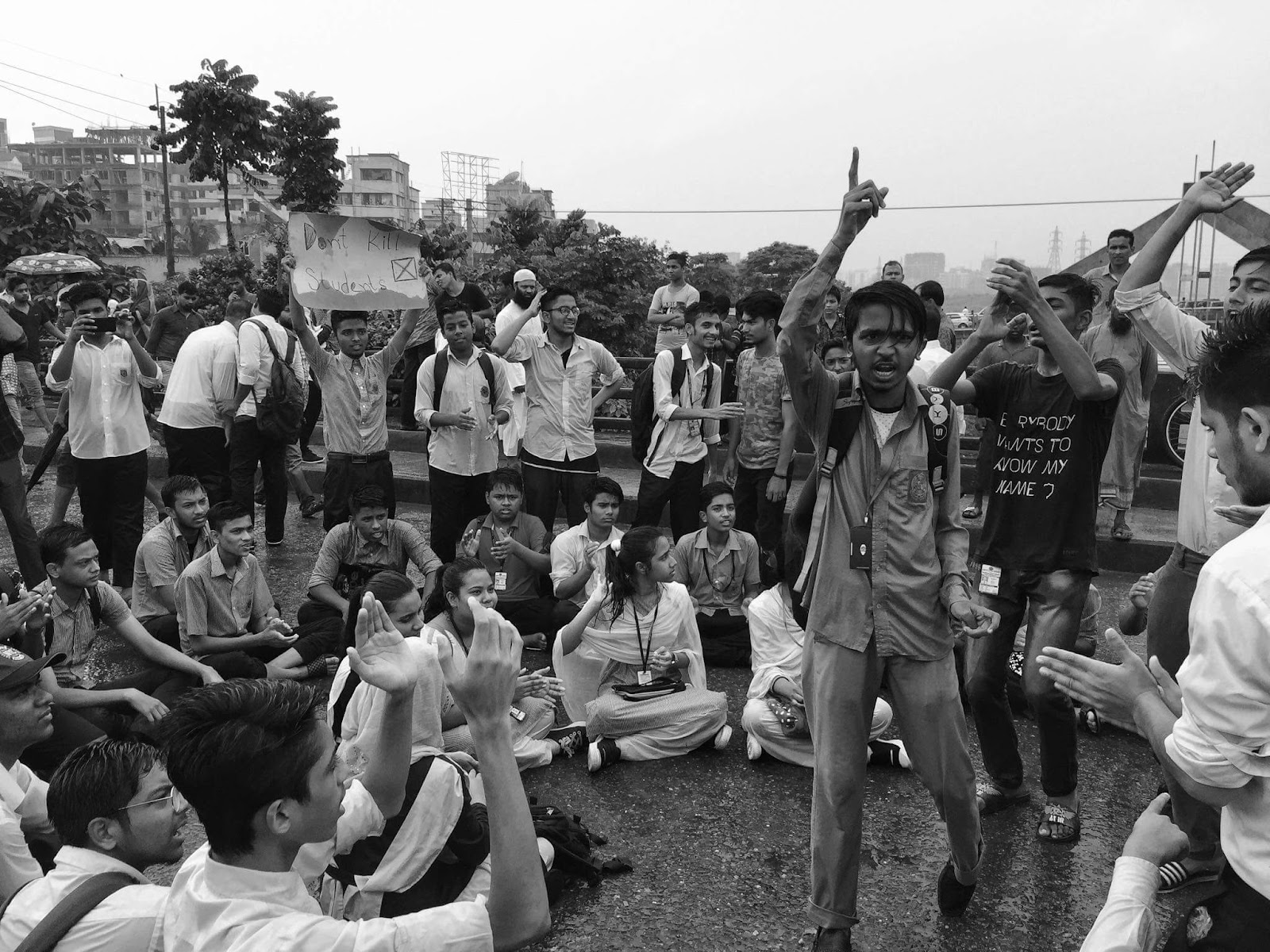 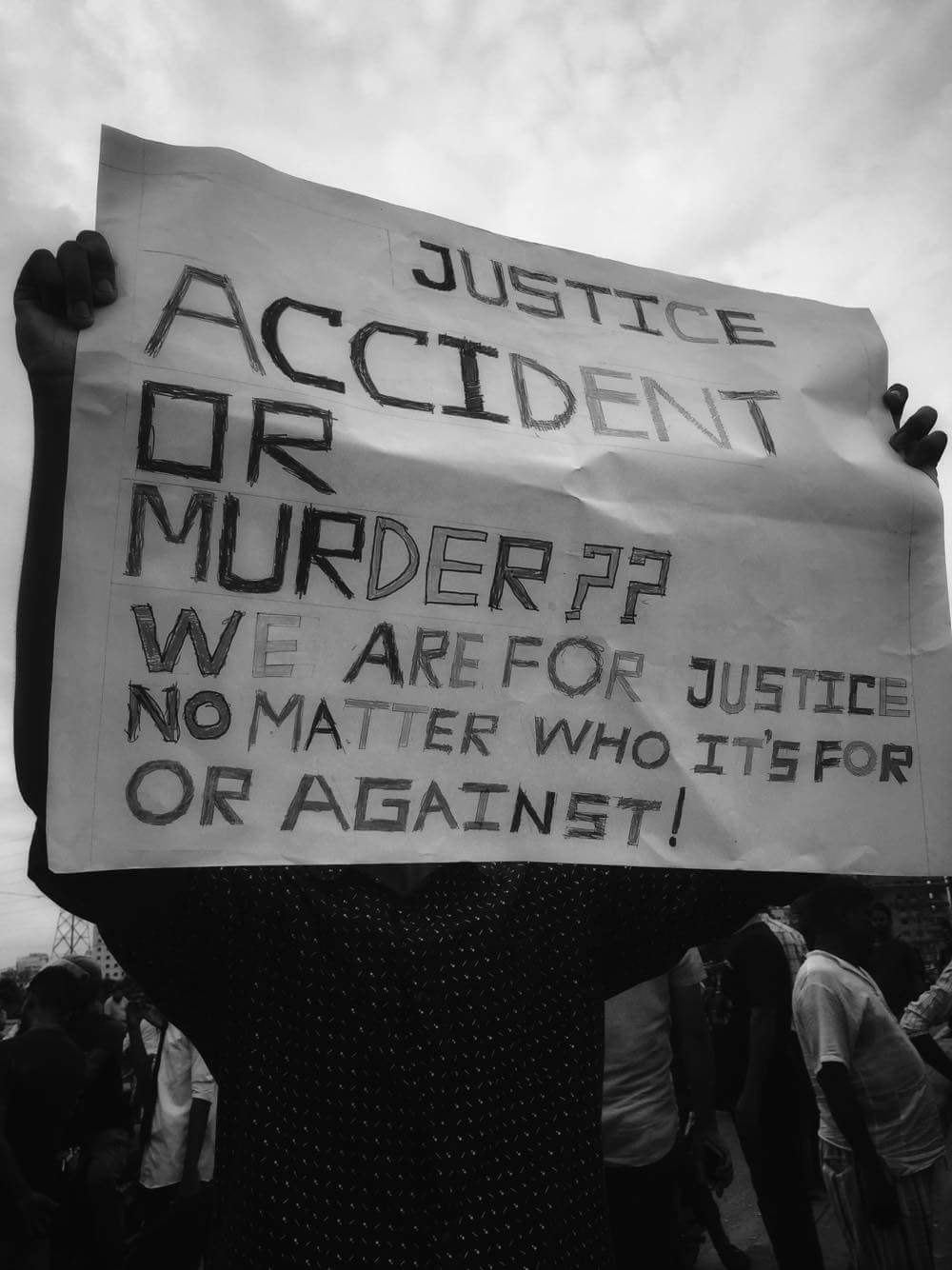 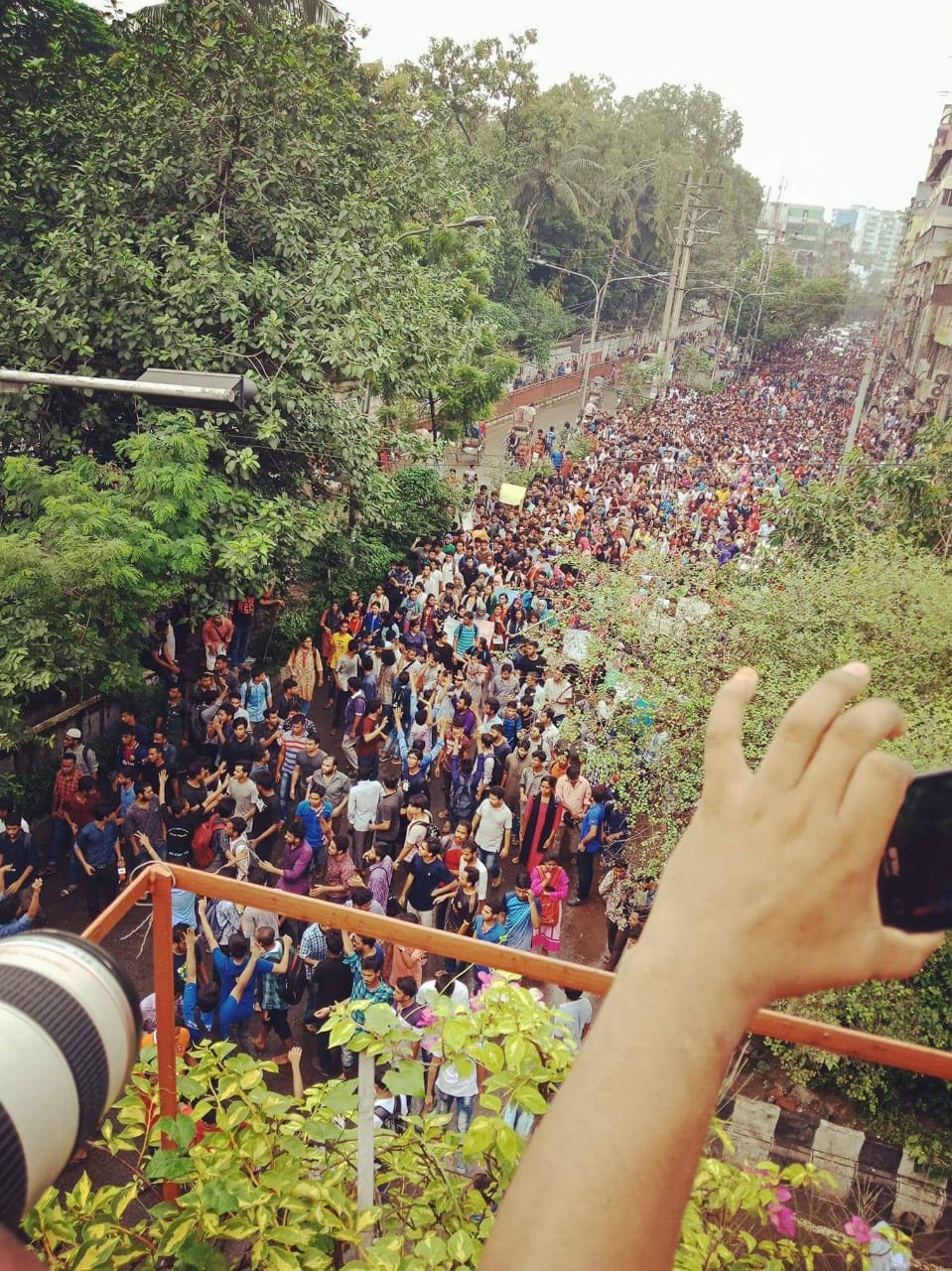 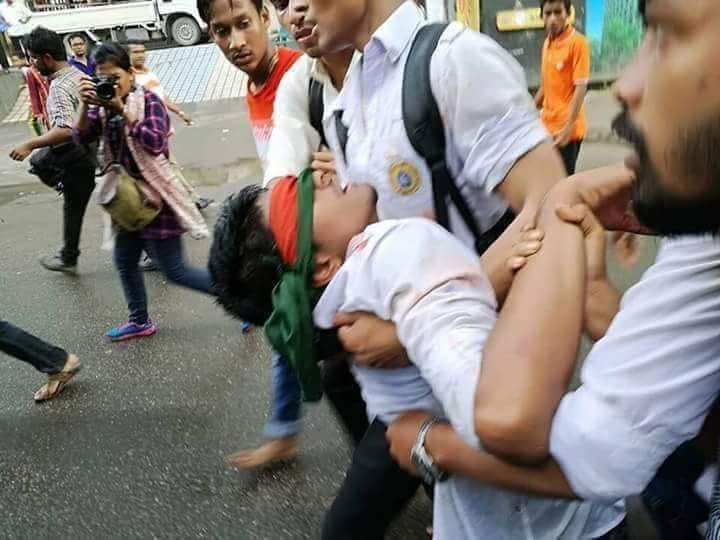 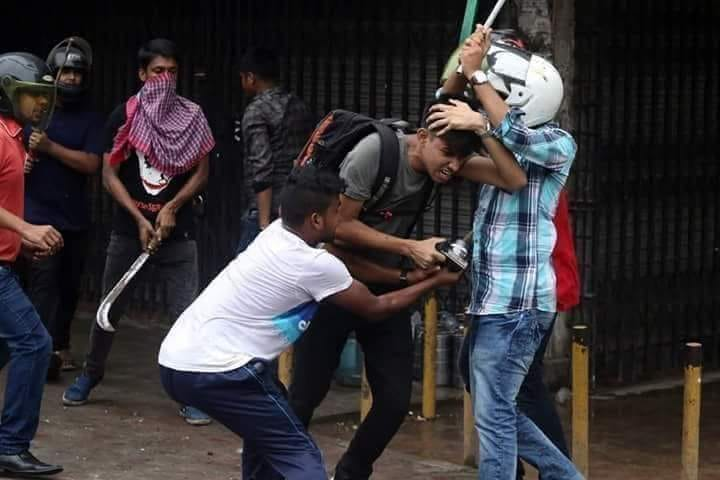 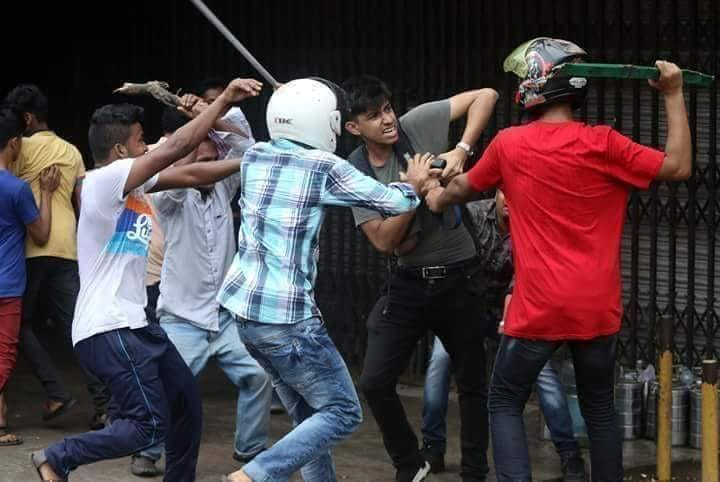