India Tops Weightlifting At The Commonwealth Games, So Why Isn’t It A Bigger Deal?

The next time someone says Indians suck at every sport other than cricket, tell them to shush.

Sports fans in India have long grumbled at the lack of importance accorded to any sport other than cricket in the country, with the explanation for this disinterest often centering on the impression that India doesn’t tend to perform very well on most other sports. In the last few years, this has certainly changed, with Indian athletes shining in a host of sports, from badminton, to wrestling, to boxing (the list goes on).

Our performance at the 2018 Commonwealth Games is perhaps the biggest indication of India’s emergence (finally… hopefully…) as a sporting nation. We have bagged 20 medals, with 11 golds, to stand at third place in the medals tally. While this is perhaps not as impressive a feat when compared to Australia’s 106 medals and England’s 63, India’s medal tally is extremely significant given that we have performed better than sporting nations such as Canada, South Africa and New Zealand.

We have a lot to be proud of.

The stars of the Indian contingent have no doubt been our weightlifters. India has topped the weightlifting category at the 2018 Commonwealth Games with an incredible 9 medals, with 5 golds, 2 silvers and 2 bronze medals. No other nation has come even close. 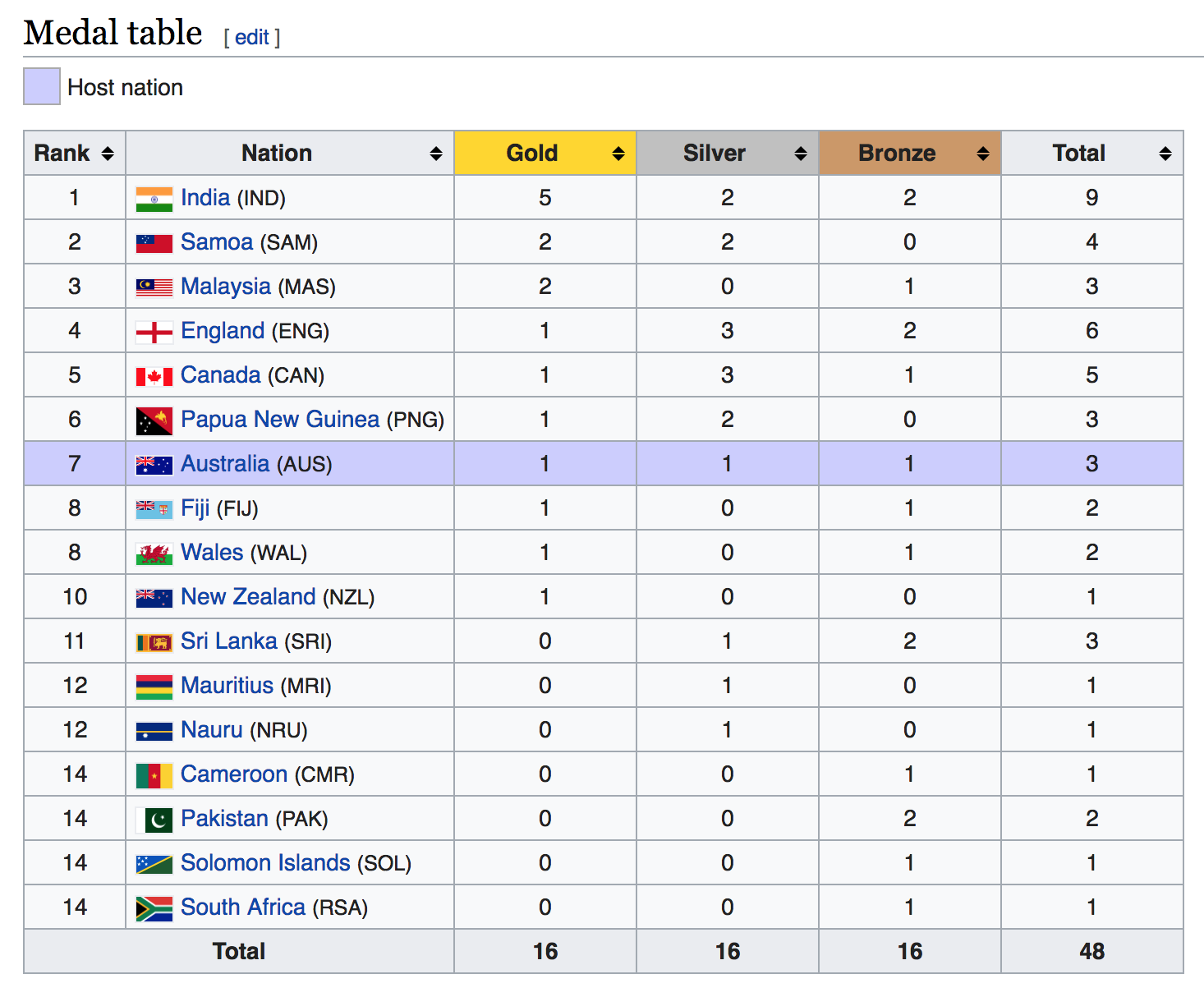 So why aren’t we hoisting the Indian flag on our shoulders and dedicating all our social media activity to our incredible athletes who have dominated -- no, let me rephrase that to crushed -- the sport of weightlifting at this year’s games?

Maybe it’s because news coverage on the weightlifting category has gone above people’s heads. It’s a very technical sport, and one many in India are not well versed with. So let’s fix that by explaining the basics. The sport of weightlifting is comprised of two lifts: the snatch and the clean and jerk. Athletes attempt each lift three times, and the best successful attempt of each lift is then totaled. The athlete with the highest total wins gold, followed of course by silver and bronze.

The snatch and clean and jerk are very technical lifts, and require an immense amount of strength, speed, agility, flexibility and raw power to complete. The fact that India has done immensely well in the weightlifting category is something to be very proud of given just how physically and mentally challenging the sport is.

Let’s also show you the lifts. Here’s Indian athlete and gold medalist Mirabai Chanu performing the winning 110kg clean and jerk. She weighs 48kg. Now remember, it takes an incredible amount of skill to move a weight that’s somewhere around double your bodyweight over your head in such a powerful and technical manner.

And here’s Indian athlete and gold medalist Venkat Rahul performing the snatch at 151 kg. He competed in the 85 kg category.

Now, just incase your disinterest in the victory stems from not knowing the athletes, let’s fix that too.

It was weightlifter Mirabai Chanu who opened the medals tally for India with a gold in the women’s 48 kg category. Mirabai even set the Games and Commonwealth records for two lifts -- snatch and clean and jerk -- in her weight category, securing gold with a total of 196 kg (86 kg in the snatch and 110 kg in clean and jerk). The little lady from Manipur is clearly a powerhouse, and at just 23 years old presents huge prospect for India’s future medal goals.

Fellow Manipur lifter Sanjita Chanu gave India our second gold, winning in the women’s 53 kg category. Aged 24, Sanjita won the gold with a total of 192 kg (84kg in snatch and 110 kg in clean and jerk).

Ragala Venkat Rahul took gold in the 85kg men’s weight category with a 338 kg combined lift (151 kg in snatch and 187 kg in clean and jerk). Fun fact about Venkat Rahul -- he won India our first ever medal in weightlifting at the Youth Olympics at the 2014 Youth Olympics with a silver.

Punam Yadav got India our fifth weightlifting gold, with a win in the 69kg women’s category, with a combined weight of 222kg (100 kg snatch and 122 kg clean and jerk). 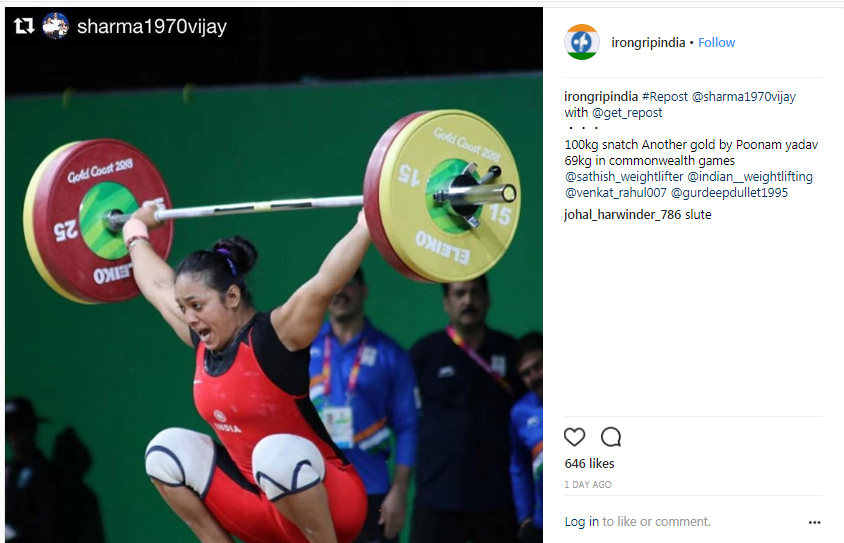 Gururaja Poojary bagged a silver in the 56kg men’s category with a combined leit and personal best of 249 kg (111 snatch and 138 clean and jerk).

Deepak Lather won a bronze in the 69kg category. The eighteen year old is youngest person to hold a Indian national record in weightlifting. He lifted a combined weight of 295 kg (136kg snatch and 159kg clean and jerk).

Now, another important thing to note is that India’s dominance in the sport hasn’t happened overnight. We performed extremely well in the 2014 showing, topping the medals table but with three golds, five silvers and six bronzes. Upping this to five golds has been the real victory.

So the next time someone tells you that India isn’t good at any sport other than cricket, tell them to shush and give our weightlifters a much deserved shout out!