MbS could not have received a warmer welcome

NEW DELHI: Saudi Crown Prince Mohammed bin Salman could not have arrived in India to a warmer welcome. Prime Minister Narendra Modi was personally present at the airport to welcome him with one of his infamous hugs, as the red carpet rolled out for the Saudi leader with a lunch and later a banquet hosted by the President of India. The message was clear: MbS is our close friend and a valued leader regardless of any consideration.

And in the process not a word on Pakistan by the Crown Prince. He spoke of sharing intelligence on terror, but not a reference to Pulwama, the dastardly terror attack on Indian security forces, a promise and an assurance that the government could build on. Nothing, not even a straw for New Delhi to clutch on to.

MbS was in Pakistan ---the first country he chose to visit in his effort to woo the world after adverse headlines-- just before his visit to India. And earned brownie points with the Foreign Office here as he followed what a senior retired ambassador referred to as a “juvenile request” from the government here to not fly directly to New Delhi from Islamabad, but to de-hypenate the two hostile neighbours by returning to Riyadh and boarding his luxurious jetliner for the India visit from there.

That done there was clearly little to stop New Delhi from embracing the Saudi Crown Prince---who has been hogging global headlines for a while now---as he stops here between visits to Pakistan and China. Not even the fact that he was in Pakistan within 24-48 hours of the Pulwama terror attack and could not have done better. For Pakistan.

Far from isolating Pakistan as India has been talking of, the Crown Prince broke the isolation (if any), by announcing 20 billion US dollars investment in Pakistan. He then made it clear that he was not in favour of UN proscribing Masood Azhar as a terrorist- a longstanding demand by India -- by maintaining that he did not want any politicisation of the UN list. And if that was not enough, he appreciated Pakistan’s (and of course his own country’s) efforts to counter terrorism. This shortly after Jaish e Mohammad had admitted to the Pulwama attack.

India did not allow this warm endorsement of Pakistan to deter its reception for MbS. And far from the cold reception reserved for others ---like the Canadian Prime Minister -- seen as supportive of Pakistan, PM Modi ensured that all plugs were pulled out to make the Saudi leader comfortable and welcome starting from the hug at the airport.

MbS has acquired a past mired in controversy. One, he comes from a country that exports religion along with oil. And makes no bones about it. Saudi Arabia has placed itself as the custodian of conservative Islam and does not hesitate to fund Salafists and religious groups drawing inspiration from Wahabi Islam. Another pet peeve of the current dispensation in India with the propaganda against ‘foreign funded’ madarsas being part of its larger political agenda at home.

Syria and indeed many countries in West Asia have paid a price for Saudi policies. Syria most recently when the Salafists arrived at their borders, funded and supported by the Saudis and the US in the effort to bring down the Assad regime.

MbS took this further with his recent years in politics establishing him as a ruthless authoritarian figure. As the youngest defence minister of Saudi Arabia with his war on Yemen, barbaric and ruthless by all civilised standards. Hundreds and thousands of civilians were killed and maimed, with the war on Yemen being turned into an almost personal flagship for the Crown Prince who build his career and reputation on the blood and gore of this one sided war.

Significantly just before MbS embarked on this three nation journey , the Democrat-controlled House of Representatives voted to direct President Donald Trump to withdraw U.S. forces from the Saudi led war in Yemen. And Republicans joined Democrats to urge sanctions against Saudi Arabia after the murder and dismembering of Washington Post correspondent and Saudi dissenter Jamal Khashoggi by government agents in the Saudi consulate in Turkey. In fact Khashoggi’s murder has damaged MbS more than even the war in Yemen, receiving wide publicity and making him the target of outrage with even good friend US finding it difficult to support him. Pakistan, India, China remained largely silent on this and hence the ‘reward’ now of a royalty visit.

Just last week the New York Times reported that Mohammed bin Salman told an aide he would use "a bullet" on the journalist if he did not return home and end his criticism of the government. The crown prince's comments to a top aide in 2017 were made well before Khashoggi was killed last October in a Saudi consulate in Istanbul, the NYT reported on Thursday, citing current and former US and foreign officials knowledgeable about intelligence reports.The comments were made in a conversation between Prince Mohammed and his aide Turki Aldakhil in September 2017, and were intercepted by American intelligence agencies, the newspaper reported.

Saudi Arabia’s friend in the region is Pakistan, a strategic ally as is evident from the visit, the joint statement and the new found confidence of Prime Minister Imran Khan to virtually challenge the Indian government on terrorism. India is a big market, a purchaser, a trade partner for the Saudis with MbS waxing eloquent on the 40 billion US dollars of trade but having little to say on terrorism. This despite the loud statement in the prime ministerial hug reserved for him at the airport. 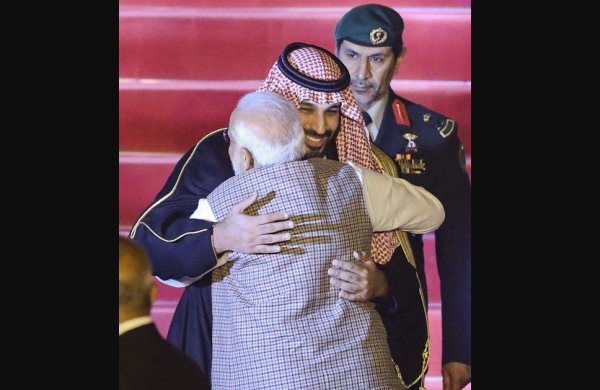 The Centralised Power House 3 months ago