A Ministry of Defence office memorandum (OM) dated May 31 states that Sudhir Bhargava, IAS and Rajiv Jain, IPS have been appointed Independent External Monitors for the Military Engineering Services and the Border Roads Organization with effect from that day for three years.

The OM, now a public announcement, says these orders were approved by the Raksha Mantri. It further says the Independent External Monitors are required to sign and return a Confidentiality Agreement (annexed to it) within 15 days from the date of issue of OM.

Strange that the assignments commenced on May 31 but a signed confidentiality agreement is only required by June 15. Were they not aware of the assignment earlier, if not physically interviewed, or do ‘services rendered’ earlier preclude that requirement?

Maybe with a ‘de-stressing period’ being the new normal, the 15 days are to de-stress from the pressures of retired life.

Sudhir Bhargava was Chief Information Commissioner until his retirement on January 11 last year. When no replacement was posted, RTI activists accused the Union government of repeated and deliberate effort to undermine the transparency regime. The next CIC eventually took office that February 19.

Rajiv Jain served as Director, Intelligence Bureau from January 1, 2017 to June 26, 2019. This was his last post from where he retired. Afterwards there was media speculation he would be appointed Deputy National Security Advisor. However, that did not happen, for whatever reason.

The Military Engineering Services, established on September 26, 1923, is an Inter-Service Organization combining army and civilian components. Construction works are executed through contracts, while execution of maintenance services are through contracts and departmentally employed labour.

The IDCMS under the Ministry of Defence is in the Group 'A' Services. These civil engineers are expert in the field of Public Procurement, Contract Management, Arbitration, Quantity Surveying and negotiating the terms and conditions of Contract, and ensuring compliance with the terms and conditions of Contract for the purpose of maximizing financial and operational performance and minimizing risk and disputes.

Founded on May 7, 1960, the Border Roads Organization comprises the Border Roads Wing under MoD and a General Reserve Engineer Force which includes civil engineers, mechanical engineers, administrative officers and medical officers. The BRO undertakes projects in India and abroad, including in Tajikistan, Afghanistan, Myanmar and Bhutan.

At times BRO projects are overseen by the Prime Minister’s Office. For example, construction of the 255 km Darbuk-Shayok-Daulat Beg Oldie Road began in 2000 under direct monitoring of the PMO and was to be completed by 2012.

However, in 2011, a CVC-instructed Chief Technical Examiner inquiry estimated that half the money spent on the Rs 320 crore project had been “misappropriated”. But no heads rolled.

This small example is just the tip of the iceberg, and who all benefited from the misappropriation is not difficult to guess.

The MES and BRO have been working the past 98 and 61 years respectively. In the case of BRO, oversight is already available in the IDCMS. So, why have Independent External Monitors been appointed now? There are many theories in circulation but none really convincing.

Another explanation links the decision to a May 19 tweet by the Defence Secretary congratulating the Military Engineering Services (instead of the Corps of Engineers) for an innovation to help Covid19 patients.

It was only after someone pointed out the error that he ordered the staff to prepare a full rundown on MES.

In inventing the bazooka (Directorate of Military Affairs) to keep the defence forces under fire, the Defence Secretary had allocated for himself moneyed entities and control in capital acquisitions, defence accounts, canteen stores department, acquisition of defence land, purchasing food for the military, veterinary and military farms etc.

Hence, Old Daddy’s here to oversee the Aged Boys – the MES and BRO. The eventual aim is that any form of military control over these two organizations must cease, bringing the MES and BRO completely under bureaucratic control. In the interim the game of IEMs will continue.

Someone closely associated with intelligence agencies says, “Bureaucracy is the original black fungus. It just habitually spreads over everything making every organ useless. But like always the blame goes to the immune system and not to this blackfungus. Each and every institution these people (the word used was an expletive) preside over simply rots without exception.”

Prakash Katoch is veteran Lieutenant General of the Indian Army. The views are personal. 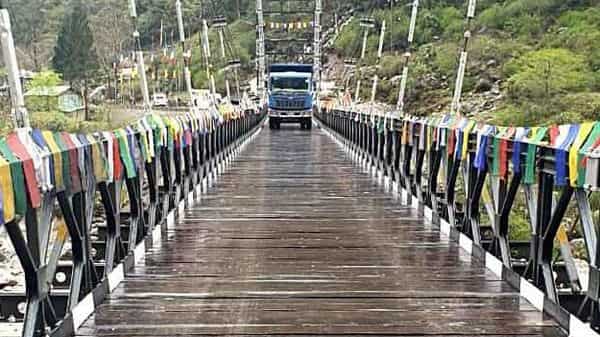