Who are the new Kashmiri militants? The answer can be found interestingly, not in the stone pelting incidents across the Valley but in the funerals of alleged militants that have steadily grown larger over the last few years reaching a new peak yesterday where seven funerals were offered over the body of slain Lashkar e Tayaba militant Shakoor Dar with over 50,000 mourners attending.

As Rising Kashmir reported: Tens and thousands of people participated in the funeral prayers of slain Lashkar-e-Toiba commander, Shakoor Dar, at his native place in Sopat village in Qazigund area of south Kashmir’s Kulgam district.

The gathering, probably the largest one in the recent months, was attended by more than 50,000 people who had converged from different parts of south Kashmir, and as far as Budgam and Srinagar district, despite restrictions and internet ban in the region.

A total of seven funerals were offered over the body of Shakoor, before burying him at his ancestral graveyard.

At least three of his armed associates turned up at the funeral, who offered a gun salute to their commander. Shakoor was killed along with another Pakistani associate, yesterday, at Cheddar area of Kulgam district while the third militant, Shakir Ahmed was made to surrender during this chance encounter by Police.

And this after a long period when the local Kashmiris had stopped attending such funerals, not because of fear but because of a lack of empathy for various reasons that have been discussed in earlier columns.

Local militancy that never left the state, was at a low ebb because of a policy initiated by earlier governments of dialogue, and infiltration controlled because of measures taken along the Line of Control. Avenues for employment had grown at least in the smaller sectors, traffic between Srinagar and other parts of India was normal and had even increased, and a certain environment of peace had brought militancy down to levels that were almost negligible. The militant silhouettes visible on hills around Uri during the 1990s decade of militancy seemed to have gone away for good, with the people slowly developing vested interest in peace and dialogue.

Shakoor epitomises the Kashmiri militant today. A product of unemployment, frustration, anger, alienation. From a village home, with low income, bare education if any at all, and suspectible to indoctrination for one or both of two reasons. One, contact with Salafist religiosity through mentors, family, friends; and two, from a home that has directly been impacted in the long conflict losing a family member, or more, to the violence.

Both these factors make families in the villages more susceptible, with the call to weapons itself being cast in the rosy hue of romantic rebellion. This is one of the reasons why almost every other young lad who crosses the line and joins the militants to pick up arms has a photograph of the Burhan Wani kind, in full gear and lethal weapons.

Unlike the 1990’s when local recruits were taken across the border for training as the borders were more porous and less controlled, today they are trained within by the terror groups operating in the shadows. The training thus is not as professional, being second or third hand and not directly from the Pakistan army, with the result that many of the young recruits are caught and killed almost in their first encounters.

A case being that of the Kashmiri University Professor, a young man who died almost as soon as he waged his first war against the state. In fact he is seen as the exception to the emerging profile of the new militant, being educated and urban. He was reportedly drawn to militancy because of relatives with similar association in the past.

Foreign militants that had been sent into the Valley during the 1990s are no more. Even the hard Pakistani presence is limited as compared to the 1990s but very much there, with the local youth being largely used for the operations. It is true that for every one killed, three more join, as the Valley is in the midst of turmoil with now the family pressure to keep their children away disintegrating under the PDP-BJP rule. In fact while mothers weep, and in at least one case have actually persuaded a son to surrender at an encounter site, there is little they can do to counter the pressure on the youth to join the ‘rebellion’. The pressure as pointed above is both from within his own circumstances, and from without where militant groups contact the more vulnerable targets and wait to welcome them with open arms.

During these last years with the BJP adopting an increasingly vicious policy for Kashmir, the militant groups have grown not just in numbers but in stature. The family whose son is ‘martyred’ gets respect, that becomes the consolation for the loss as in the case of Shakoor where he was given a gun salute by the militants who defied security presence to be there, and the family now given prominence and respect as a result of his “martyrdom”.

South Kashmir has been overtaken by militancy with encounters every day in which both sides are suffering casualties. Masses arrive at encounter sites to drive back the security personnel and save their young men, with civilians being killed in the process. There is no turning back for the youth today, most of whom have lived with the narrative of violence, conflict, enforced disappearances during their initial years and are now seeing proof of this with the advent of a militaristic order. The presence of the Army, the searches, the clampdowns, the arrests all make the narrative come alive, with the counter then being offered by the militants around the corner, and the preachers within the villages.

The Army will not be able to quell what is fast becoming a violent uprising with Pakistan tightening its remote control, as the youth are fired with new determination and zeal without a thought for the consequences. Those who could have brought these home to bear, the politicians and the parents have been rendered inconsequential by an environment where the state has no policy but force. 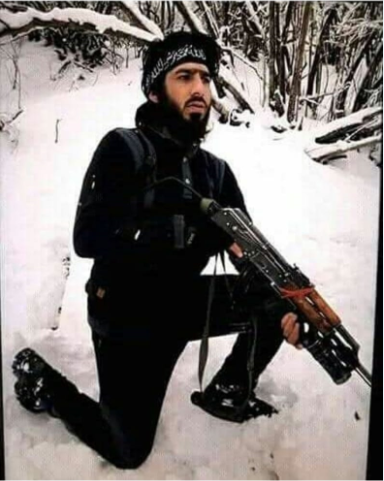