COOCH BEHAR (WEST BENGAL): If universal adult suffrage is the basis of democracy then such a democracy does not exist in India, as a large number of “Indians” living in the Chhitmahals or border enclaves are yet to get their voter’s cards, though they acquired citizenship in 2015 following a pact between India and Bangladesh.

To understand this failure of Indian democracy, visit Cooch Behar, known as the world’s largest enclave complex. Incidentally, the ex-Maharani of Jaipur Gayetri Devi was the Princess of Cooch Behar, which merged with the Indian Union in 1949.

During the coming Lok Sabha polls, the Cooch Behar Enclave Complex will see about 60% of the people of the Chhitmahals unable to vote as they have no voter’s card.

The coming polls will see a very interesting four-corner battle here for the support of about 10,000 new voters (whose just got their voter’s cards) living in enclaves. The battle lines were drawn much ahead of the announcement of the election dates and the parties engaged in the coming poll battle are: the Left parties, BJP, Congress and Trinamool Congress. 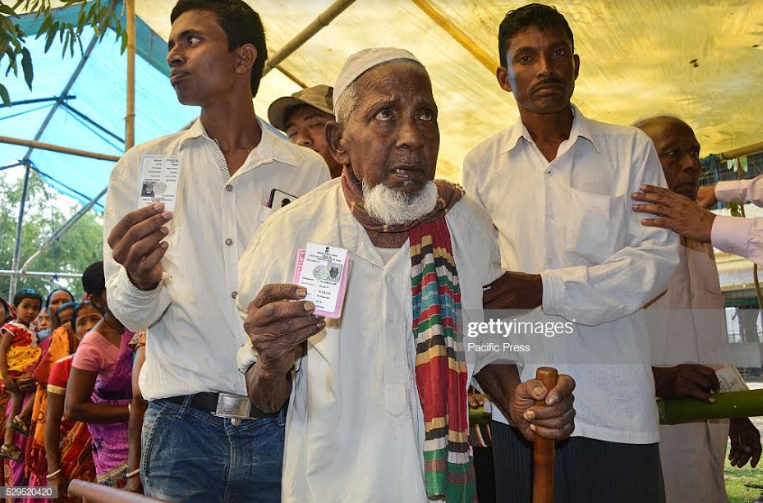 This time, the voting pattern by Chhitmahaler Lok or people of the enclaves will matter a lot. They are new voters and if you can wean them away from the rival political party’s camp, they will again support you during the assembly election in West Bengal.

The BJP is the newest gladiator in the Chittmahal electoral arena. It is not gaining popularity among the Chhitmahaler Lok. Targeting them much before the announcement of the poll dates, it was not able to cut much ice in the Cooch Behar Enclave Complex, despite claiming that it was Prime Minister Narendra Modi who helped them solve the issue of nationality continuing since 1947.

Chhitmahals are tiny landlocked territories that have Bangladesh and India as international borders. Their population is about 37,334 and nearly 70% of them are Muslim. For decades, the Chhitmahaler Lok said they would vote for any party that settled their problem.

It is here where the issue of voting takes an interesting twist. West Bengal never was a BJP-land. Of late, the party has tried its best to bring in the Hindutva Wave among traditionally Left-oriented Hindu Bengalis, who have historically liked Red banners not Saffron ones. 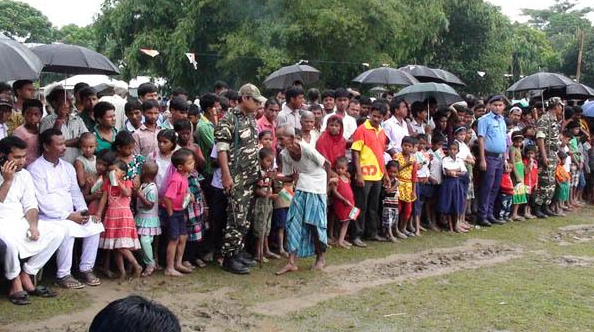 Unlike earlier general elections, this year marks a major shift here given the BJP’s pledge to oust the Trinamool Congress from the state.

In the process the Cooch Behar Lok Sabha seat becomes quite important. It has seven assembly segments. Since the first Lok Sabha poll of 1951, the Cooch Behar seat has elected All India Forward Bloc (a constituent of Left Front) candidates followed by the Congress.

So the AIFB, TMC and Congress are quite familiar with the seat. The BJP has entered this time but only to cut votes – winning the seat looks unlikely not least because it would have to win Muslim votes.

This time, the number of Muslim voters would rise due to the Chhitmahaler Lok who would also vote, though in small numbers. But in a crucial election, even this small fraction would have outsize influence.

It is generally accepted that the TMC has carved out a massive influence-zone within Muslim voters in the state. The Congress base has virtually been washed out in West Bengal. And for the BJP, as far as the Chhitmahaler Lok are concerned about 91% of Hindu voters here belong to the Scheduled Castes or Scheduled Tribes, who are traditionally anti-Hindutva.

The politics of Chhitmahal emerged as a major political factor in West Bengal after 2016. An amendment to Section 9 of the Representation of the People Act, 1950 and Section 11 of the Delimitation Act of 2002 has changed the politics of Cooch Behar in a major way, by including Chhitmahals within the Cooch Behar Lok Sabha Constituency.

The Land Boundary Agreement between India and Bangladesh in 2015 might have added many first time voters but most have not got their voter cards. To take an example, there are hundreds of people living in Mashaldanga enclave, 50 km from Cooch Behar, who are yet to get voting rights.

It is in this backdrop that both Chief Minister Mamata Banerjee and Prime Minister Narendra Modi are clamouring to take credit for settling the Chhitmahal problem and giving citizenship to the stateless for decades.

The crucial issue of getting their names included in the voter’s list, however, still remains on the backburner. 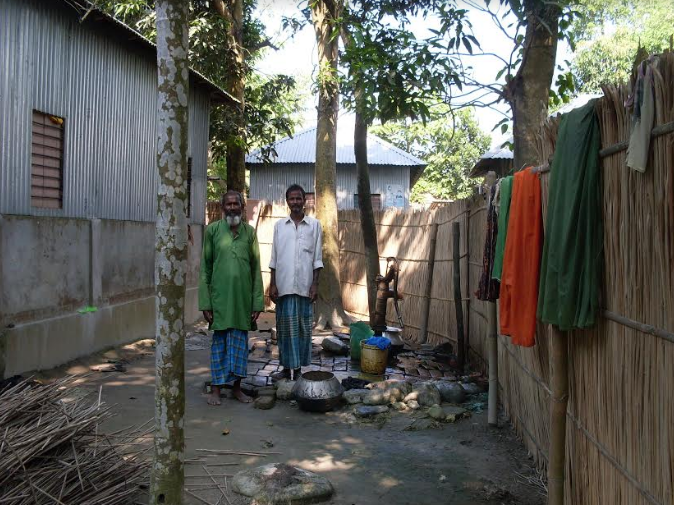