Humour Attaches Itself to #IndiaTrustsBJP and Fake Tweets

NEW DELHI: The hashtag #IndiaTrustsBJP is currently trending on Twitter, with the tweets indicative of how fractious India’s politics is today, albeit with a dose of great humour. The hashtag was floated by the Bharatiya Janata Party on the occasion of its Sthapana Diwas, but it soon snowballed into a lot more with many attaching the hashtag to tweets taking digs at the party.

Interestingly, a google document with a number of sample tweets is also being circulated. It seems that anyone with the link can see the document and simply copy-paste the sample tweets, attach the hashtag, and voila, join the party’s vast number of adoring Twitter fans. The fact that a cut-copy-paste style google document is available is indicative that tweets themselves are not by genuine users expressing a genuine sentiment, but hey, this is the era of fake news so fake tweets can only be expected. 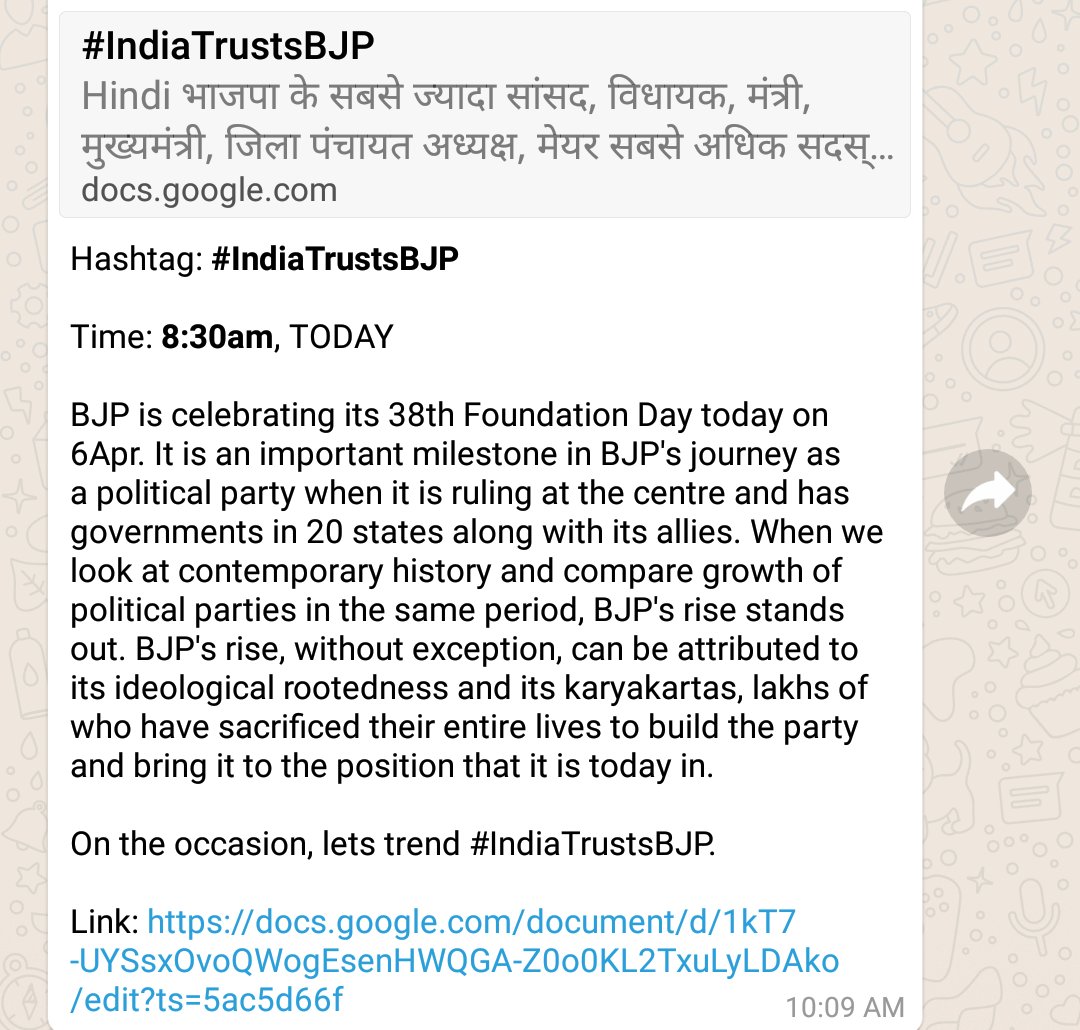 The document is available here.

Some sample tweets from it are as follows:

“The BJP believes in true ‘National’ politics, where every Indian, irrespective of his caste, creed or religion is an Indian first. The party’s agenda is to unite people on the basis of their love for the country. #IndiaTrustsBJP”

“The winning streak of BJP in the state after state is indicative of people’s faith in BJP and its ideology. People can see the change on the surface and hence vote it to power. Thanks for strengthening the party! #IndiaTrustsBJP”

“The rise of BJP is owed to its ideology, leadership and sweat & blood of scores of selfless Karyakartas. A new era has begun under the inspirational leadership of PM Shri Narendra Modi and Shri Amit Shah when party has achieved highest electoral success. #IndiaTrustsBJP”

“BJP is a party that has always put 'Nation First, Party Next and Self Last', in letter, spirit and practice. Absolutely proud to be part of this great organisation. Greetings on its 'Foundation Day’! #IndiaTrustsBJP”

A quick look at the hashtag on Twitter shows that a large number of the tweets using the hashtag, even by senior politicians, seem to have been lifted from the document.

Fake tweets (I guess that’s a legit thing now) aside, the hashtag has also prompted critical comments from Twitter users, who have used it to point to the exact opposite -- how much they do not trust the party.