LUCKNOW: When news is bad. When the future seems sad. When confusion further confounds. When my hurt matters more than your hurt. When cow is made king and human beings are reduced to crow. When religion is used as a means of social control. When film is treated seriously and reality ignored, then LOL is the only way to cope with such sorrow.

That is why Lucknow has rolled out a thick red carpet for a weeklong performance of comedies by some of the funniest entertainers invited here from around the country. The idea is to purge the self for a while from brooding over real or imaginary fears and phobias.

To look forward to is the very amazing Aisi Taisi Democracy group whose humour is so good that it makes us forget how bad the news is. Social and political issues dominate each act of this group of three. While Arun Grover and Sanjay Rajoura talk about things that matter most, Rahul Ram of Indian Ocean fame entertains with songs full of shameless satire. The trio is loved for helping us cope with madness and the mess that we are in today in the hope of making us feel a little less miserable.

Kunal Kamra who was verbally abused and received death threats earlier this year for his comedy will be here too. Audiences applaud Kunal because like most of us he feels that loving your country means asking a lot of questions. Kunal asks for peace. He asks for better living conditions, for the right to say so if the taxes paid do not lead to the life wanted by people. Like us, Kunal also wonders if India is a democracy only till you criticise it?

Varun Thakur comes with the same tagline as other artistes that his performance is meant only for a mature audience. This comedian has a following of over 200,000 people on Facebook alone. Varun has a YouTube channel and is loved for his Nana Patekar impressions. The 29 year old Varun likes nothing better than to make people laugh, even better than acting in a big budget Bollywood film like Jab Tak Hai Jaan that stars Shahrukh Khan.

This one’s Twitter handle is GareebGuy and his YouTube channel enjoys more than 400,000 subscribers. Abhishek Upmanyu is a Delhi boy who comes from Mumbai to Lucknow. He is a must watch although it is to be seen how the laidback audience here responds to his bullet train style of having his say?

No, he has nothing to do with the Kapoor family of Bollywood except that he is nearly as famous. Gaurav Kapoor has decided to take over the world with words that are witty and he loves to make people laugh by talking endlessly about poverty, particularly his own. This Delhi boy with a dimple also has a lot to say about that incorrigible lot of people called Jats!

In his own words it was failure in everything else in life that left little choice before Sumit Anand except to be funny. He promises to juice this joyful fate of accident till he finds something more interesting to chew on. Sumit will share a joke with you for no other reason except that it made him laugh without control. He prefers to spend time on controlling his crying, and never ever his laughter. Sumit encourages himself to laugh and warns that he is in the habit of laughing loudly in theatres, and weirdly too. Now that is enough to make us chuckle even before he takes to the stage on December 15.

Rajneesh is yet another Kapoor we wait to watch as he promises to amuse audiences without offending anyone. If possible, then how great is that!

Thanks to Repertwahr, host of the festival seven plays will also be staged including Saurabh Shukla’s Barff, Rajit Kapur’s One On One Part 2, Akash Khurana’s Dumrapan, Sunil Shanbag’s Loretta and two Manav Kaul productions. Patchwork Ensemble’s The Gentleman’s Club guarantees a special experience full of energy on 16 December.

In fact in the beginning it was just theatre. Repertwahr opened the festival in 2009 by hosting theatre performances chosen from different parts of the country. In 2014 music was added to the menu. The Manganiyar folk singers from Rajasthan were a sell out, encouraging the organisers to make this an annual event. This is the first year that along with theatre and music performances, comedy is included as part of the Repertwahr Festival.

Just as well, as humour and more humour seems to be the need of the hour. Humour needs to be appreciated today as it also discourages us from hitting each other.

However ask members of Indian Ocean, the rock band that take to the stage on December 17 what they look forward to most while in Lucknow and in one voice they chorus, “food”.

Whatever be the reason for all the players to be in the city, audiences here are happy that they are coming.

The 8th season of the Repertwahr Festival begins on 11 December till 17 December at Lucknow’s Sangeet Natak Academy where Dr Yatindra Mishra poet, music and cinema scholar will introduce artists to audiences every day at noon and engage them in many a conversation about their art and about love, life and longing. 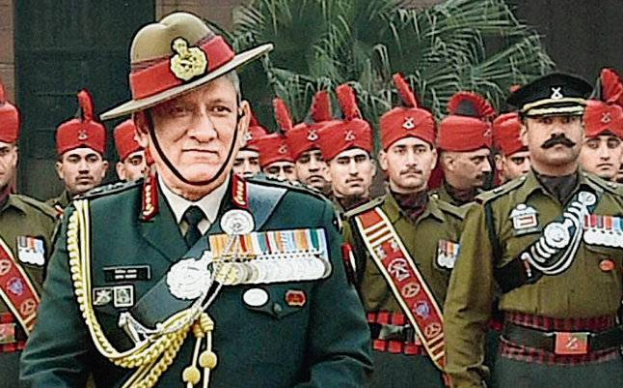