Munabao, The Destination To Nowhere

For the majority of Indians, particularly the middle class fed on jingoistic diatribe of the right wing, the term border immediately brings images of the Wagah border. This is the spot on the India-Pakistan that daily witnesses a beating retreat ceremony that is marked by cheering crowds on both sides who also shout slogans against each other. In short, the Wagah border has become a major tourist destination for any Indian visiting Amritsar wishing to get their thrills from the militaristic routine every evening.

But far away in the desert of Rajasthan is another point on the border of the two countries to which one can go for a fascinating journey. This place makes one ponder on the very concept of borders, divisions and separations. One is just consumed by thoughts. Very few people are aware of the daily local train that goes from Barmer to Munabao, the zero point station on the border.

There is a Thar Express also that runs between Bhagat ki Kothi station near Jodhpur and Karachi, with Munabao being the place where the immigration process is carried out amid tight security. 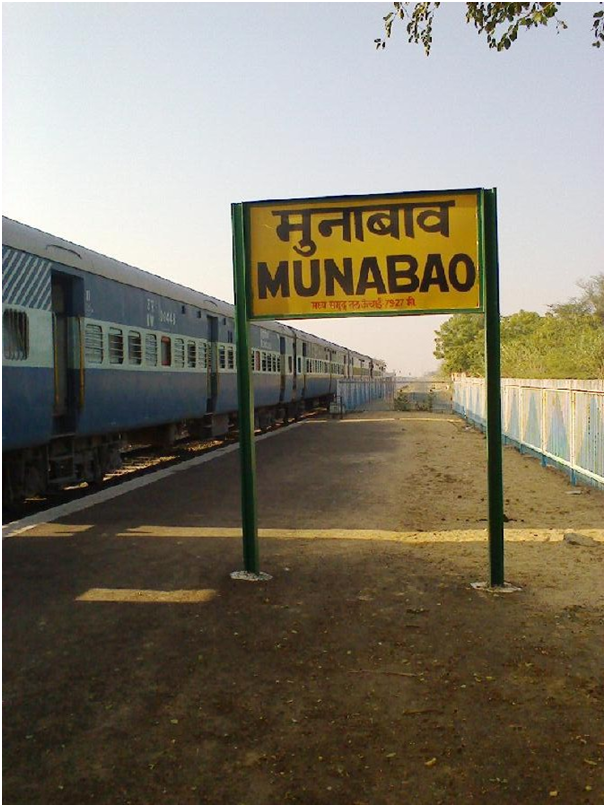 But the journey by the morning local train is an experience in itself. Anyone who is not a resident of Munabao and adjoining villages has to obtain permission from the local authorities to undertake the 118 km journey that is completed in a little over two hours. With there being no facility at Munabao station, one has to come back by the same train after a brief halt of about an hour. One is confronted by the personnel of security agencies the moment one steps out of the station premises. On the other side is a similar station of Khokrapar in Pakistan.

The train leaves Barmer every morning to move amidst the desert on a serpentine track. The topography has a rustic charm and beauty of it own. Small hamlets make one wonder what it would be like to live at such a place.

The stillness of the locales makes one think of so many things, particularly about the problems that the locals face on both sides of this border on a desert landscape. If one strikes a conversation with the locals traveling on the train, they provide the traveler with a glimpse of their lives. 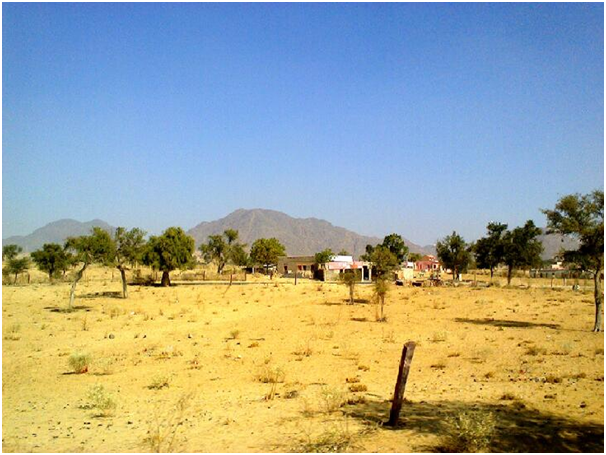 Water continues to be the most precious commodity in the villages. “We have a local saying that there is no loss even if one spills buckets of ghee at home but even a drop of water lost is a major loss,” said a woman traveler to this reporter. She narrated that people are largely dependent on water tankers set by the government. Then of course there are issues related to the other social parameters of employment, education and healthcare.

“We know that we share the miseries with those on the other side. Their plight is no different. We stand divided even in our miseries and sorrows, “said another villager.

Munabao station has nothing to offer to any visitor. The last civilian human settlement is at Jaisingder located 9 km away or at Gadra Road 38 km away. The station is marked only by the presence of some railway employees and a Border Security Force (BSF) camp outside. Just half a kilometer away is the actual border marked by a small gate. There is no tea shop, no hawker.

Munabao has only thoughts to offer to a visitor. The stillness and the quiet compel one to ponder over man made divisions. There are so many ifs and buts that come to mind. One is unnerved thinking how a uniform landscape, culture, people and their problems are defined in terms of ‘us’ and ‘them’.

The 2019 Interim Budget Promises a Lot. What Does It Have for You?